How ‘wax on, wax off’ is helping our England youngsters

When members of the England Junior Training Group were given the ‘homework’ of watching The Karate Kid before their latest online session, they might have wondered what relevance it had to their work. 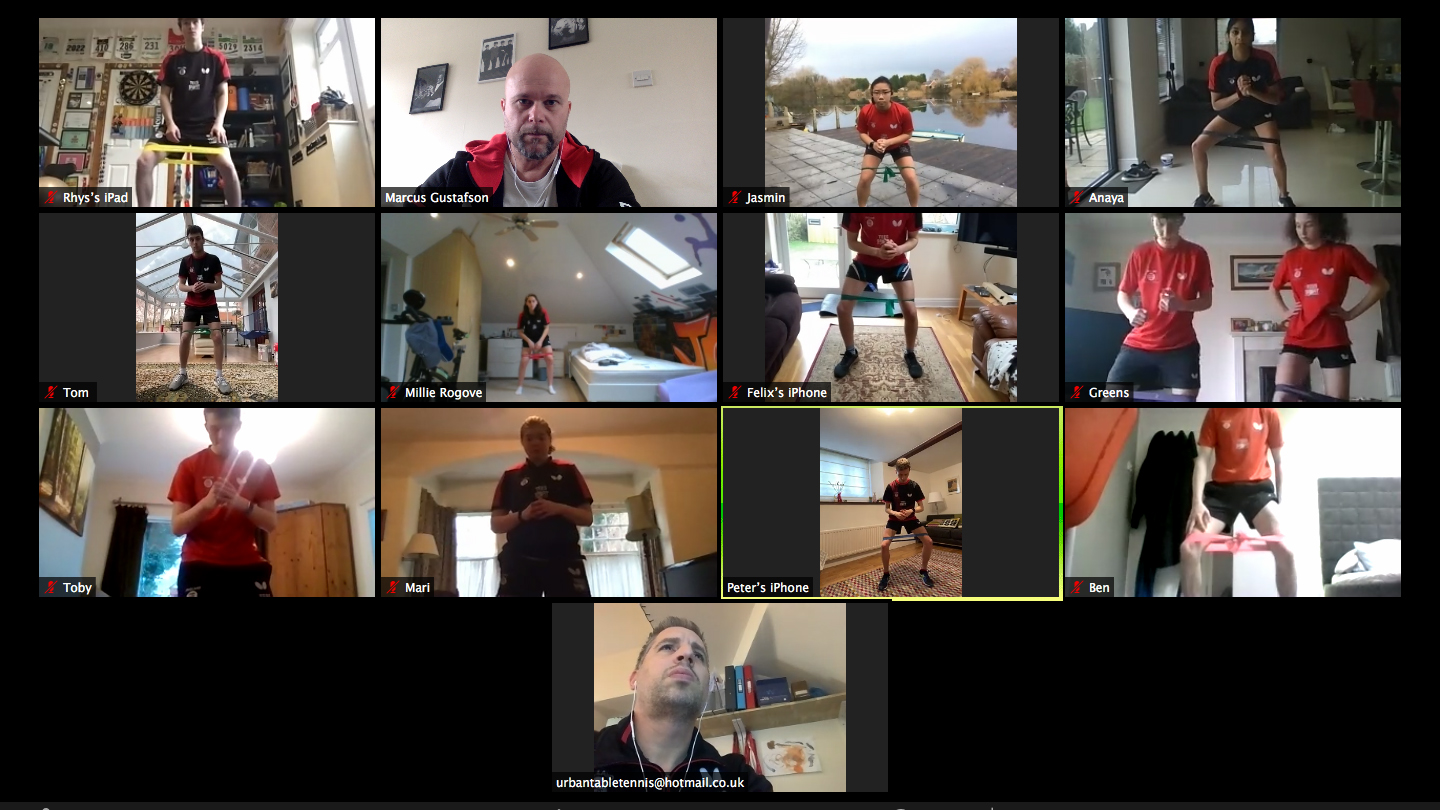 When members of the England Junior Training Group were given the ‘homework’ of watching The Karate Kid before their latest online session, they might have wondered what relevance it had to their work.

The cult 1980s movie charts the quest of young martial artist Daniel to develop his skills and overcome his rivals, with help from wise mentor Mr Miyagi.

Many people will know the ‘wax on, wax off’ scene in which the youngster, without being aware of the fact, is honing vital techniques by carrying out odd jobs.

The realisation that creative thinking, varied training regimes and discovering things for yourself can help people develop their technical and mental skills is a lightbulb moment for Daniel.

National Coach Marcus Gustafson believes this and other lessons from the film translate into table tennis and will help the England Juniors in their development.

He said: “Everyone who watches it remembers ‘wax on, wax off’ and the message is strong that Mr Miyagi was teaching the boy without him knowing it.

“This is something we are trying to do, to get the players to think about different ways of training on and off the table, and sometimes we don’t explain why we are doing something because we want them to realise for themselves.

“Of course, we can’t expect them to figure everything out and we help them a lot with technical information, but we want them to think about what is important and to be creative, thinking players and not robots.”

As part of their most recent online session, the squad discussed lessons they can take from the film – other themes they covered included visualisation techniques, working as a team, trusting the work you do and the importance of the right body language.

Squad member Ben Piggott said: “It was a bit weird at first when we were told to watch it before the day, but Marcus asked us what we could learn from certain sections of the films and we all gave our input.

“There was some stuff we’d never thought about but it was obvious there was a lot we could get from it.”

Fellow squad member Millie Rogove said: “I thought it was really good to see how the kid started off not able to do much but through hard work and dedication and discipline he managed to win a tournament where he never thought he would get through the first round.

“He was doing these chores but didn’t realise they were helping him. Having different ways to improve your game can help and you don’t always have to repeat the same thing, you can do it in creative ways and if you do it consistently then you can improve without even knowing it.”

Although training camps are currently suspended because of the pandemic, the squad are keeping to the camp dates but are instead meeting online.

The sessions comprise discussion topics, physical sessions led by the young players themselves, plus work with bat and ball – most of the squad have a table at home – while the coaches watch and input as required.

As well as discussing lessons from Karate Kid, the players have been talking about how to foster self-confidence, with topics including turning things that appear negative into a positive; taking responsibility for their own development and results; working on their strengths as well as their weaknesses; and learning from their career highlights.

Ben said: “I think the hardest part is the planning before it. We’ve all done workouts and have good ideas, but you need to plan how to talk and lead the session.”

Ben also said the players were appreciative of keeping the camps going online.

He said: “We’re getting a lot out of it. It shows that the coaches care, and that’s good – they’re not just leaving you to do your own thing.

“It’s good to be able to talk to people as well – if you’re struggling with something and you hear someone else is in the same position, you can talk about it and it helps to know you’re not the only one.”