Two England internationals played an integral part in creating the exciting World Table Tennis (WTT) brand which makes its global debut in Doha at the weekend. 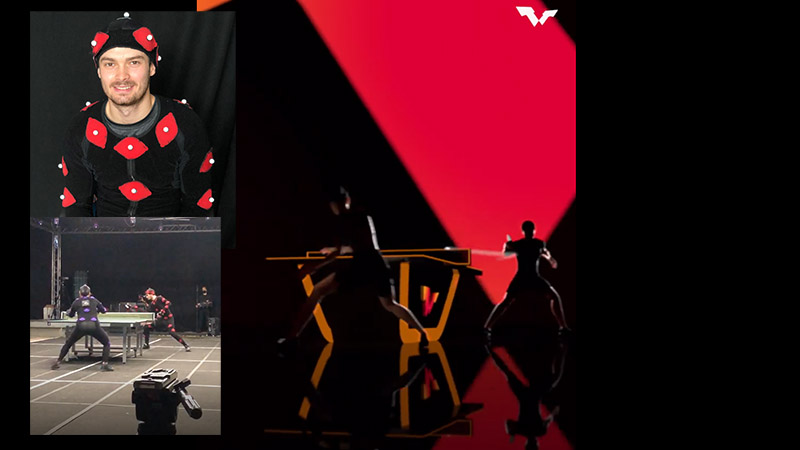 Two England internationals played an integral part in creating the exciting World Table Tennis (WTT) brand which makes its global debut in Doha at the weekend.

The first two official WTT events take place in the Qatari capital, with all the slick presentation and marketing you would expect from a high-profile launch.

Among the digital assets on view is a 30-second title sequence featuring two digitised characters playing on a distinctive orange and black branded WTT table.

You would not know it to look at them, but the two characters owe a lot to the skills of England duo Sam Walker and Lois Peake.

Back in the autumn, the duo travelled to a studio in Didcot to create the original motion-capture film on which the characters were based.

The video below shows behind-the-scenes footage of how the video was made, drawing on the skills of Sam and Lois, and how they were turned into the final characters for the title sequence. You can also watch the title sequence in full at the end of the video.

It was an interesting experience for the duo, who spent hours performing various shots while wearing special suits which map their body’s biomechanical movements, which can then be translated into creating authentic moves for the digital characters.

Lois said: “It was a surreal experience. It was in this massive studio and I think there were about 50 motion sensor cameras all around and one table in the middle. Normally I don’t like being the centre of attention so I was out of my comfort zone.

“We had a tight-fitted suit made of something like Velcro and was very hot and restrictive.

“We had certain things they wanted to cover. We structured it for the first three shots and then played a free rally after that. They just wanted a variety of table tennis shots. It’s amazing what they came up with and I’m really interested to see it.”

Sam said: “I’ve never done anything like it before but it was kind of cool having the suit on and being on a movie set.

“It’s like a different world but it was fun, it was a nice day. It took quite a while to get the right shots and get everything sorted for what you imagine is going to be a very short piece of video.

“I’m not sure I’d want to do it as a day job, I don’t envy the actors who have to do it all the time. It was nice to meet everyone who works behind the scenes on that sort of thing in our sport.

“It’s something cool to have done and to tell people that’s me on there.”