Help us find our League of the Year

Do you know a league that has made a significant impact in your table tennis journey over the last 12 months, before the enforced break during the pandemic? 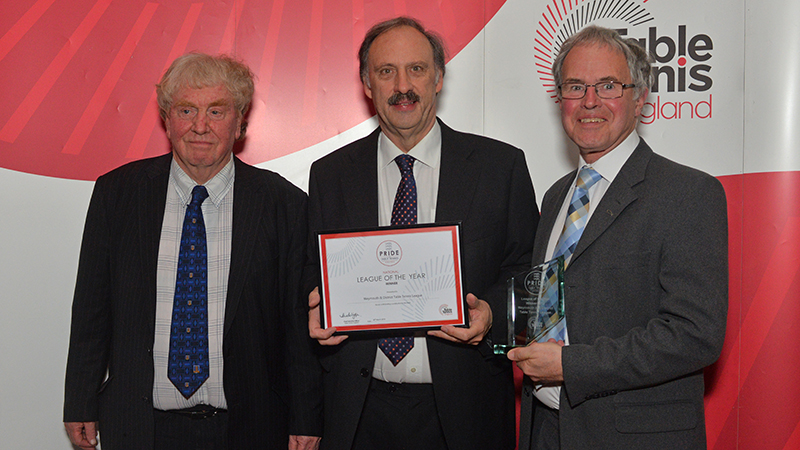 Do you know a league that has made a significant impact in your table tennis journey over the last 12 months, before the enforced break during the pandemic?

Our Pride of Table Tennis Awards includes a League of the Year category – and we are searching for a worthy winner.

This award recognises a league which has, in the past 12 months, had a significant impact improving their members’ experience of league table tennis and/or increasing the number of players competing within their local league.

This may be evidenced by acting on member feedback, introducing innovative new competitions or initiatives such as junior leagues, or growing their current league structure through new partnerships and networks.

Perhaps you know a league like Weymouth & District League, which picked up the prize in 2019.

The league has made a big impact in Dorset sport over recent years, transforming itself from a league where the average age of players was much closer to 61 than 16, to a League where 25% of the 31 teams comprise under-16s. Its participation levels have risen significantly across all age ranges, and players now have opportunities to receive coaching and play the sport six days a week.

Thanks to grants from Table Tennis England, the league set up three satellite clubs, has encouraged six players to train as coaches so youngsters no longer have to travel 40 miles to Bournemouth to receive coaching, and has enthusiastically responded to initiatives including This Girl Can. It also runs the C’Siders cancer rehabilitation courses in West Dorset.

Speaking on behalf of the league, Neil Hardisty said: “It was a surprise, and we feel honoured but humble as there are so many great leagues across England. We have done a lot for table tennis in the area and this was just such a nice surprise.”

Do you know an inspirational league who is worthy of a Pride of Table Tennis award? If so, now is the time to nominate them!

Click here to nominate your League of the Year