Hee has a treble in his sights at Schools finals

Joseph Hee is aiming for a hat-trick and twins Anna and Connor Green are targeting a double at the Butterfly School Individual Championships in Wolverhampton on Saturday. 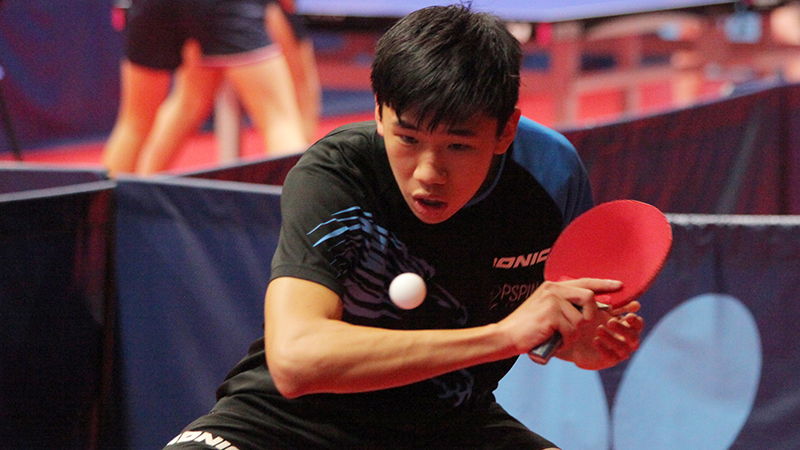 Joseph Hee is aiming for a hat-trick and twins Anna and Connor Green are targeting a double at the Butterfly School Individual Championships in Wolverhampton on Saturday.

Hee is the top seed in the Under-16 Boys’ event, which he has won for the last two years, but his faces a stern challenge in what looks like a strong field.

Louis Price, a regular on the international junior circuit for England, is the second seed, and the field also includes Cadet National Cup champion Rhys Davies and three of the four Under-13 medallists from last year – Ben Piggott, Naphong Boonyaprapa and Bertie Kelly.

One player who Hee will not face, however, is last year’s Under-13 champion – his brother Ben.

The Green twins are aiming to repeat their feat of two years ago, when both won the Under-11 events. This time, they have stepped up to Under-13s and they are the top seeds.

Connor’s challengers are second seed Toby Ellis and last year’s Under-11 champion, Ollie Maric-Murray, who won the Under-12 National Cup earlier this month.

The two Under-11 competitions also feature Under-12 National Cup competitors from earlier this month. In the girls’ category, the top four seeds were all on duty at that competition and the fourth-placed finisher Sienna Jetha is the top seed.

In the U11 boys, there are also several who were in the National Cup field, including silver medallist Ralph Pattison and bronze medallist Joseph Cooper. The latter is second seed, behind Jakub Piwowar, who will be looking to go one better than last year’s Schools competition, when he was runner-up.

In the Under-16 girls, international circuit regular Anaya Patel is the top seed, ahead of last year’s under-13 runner-up, Erin Green – Connor and Anna’s older sister.

Third seed Natalia Ianau will be aiming to keep the trophy in the family after her sister Patricia won it last year.

A number of other players in the line-up won medals at this event last year – Raquel Sao Pedro and Amy Marriott took bronzes in the Under-13s and Katie Holt and Gemma Kerr did so in the Under-16s.

In the top age group, the Under-19s, Charlotte Bardsley is seeking to defend the girls’ title she won last year, since when she has become a senior England international. Her closest challengers in the seedings are Gauri Duhan and Tiana Dennison.

James Smith tops the boys’ seedings ahead of his doubles partner on the international stage, Ethan Walsh. The pair won bronze medals together in the Junior Boys’ Doubles at the Swedish Junior & Cadet Open this season but will be adversaries this weekend.

None of last year’s medallists return, though the Under-16 runner-up from last year, Naphat Boonyaprapa, is the third seed.