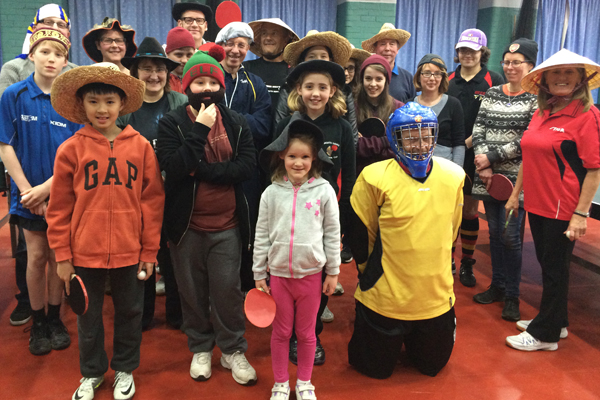 Haworth Hawks held a one point knock out tournament to kick off their fundraising for Sport Relief.  All the competitors were asked to wear silly hats to add to the element of fun. The main tournament was won by coach Bob Yorke as 12-year old Grace Fellingham-Webb failed to get the ball over the net on her service. Ben Farrar, aged 12, won the supplementary and junior competitions. On the night £27 was raised.

Anyone wishing to sponsor either team can do so on line at the following web page my.sportrelief.com/sponsor/HaworthHawksTableTennisClub. Please note the name is too long for the search function from the Sport Relief website, so you will need to enter the exact web page name given directly in your web browser.