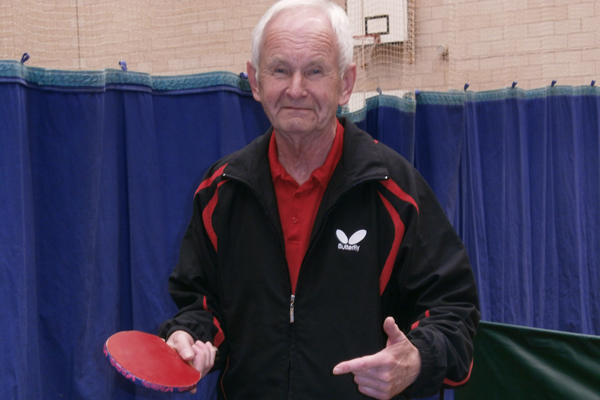 Yorkshire Table Tennis Coach Hans Soova has received a British Empire Medal in last Saturday’s Queen’s Honours List for the outstanding services to table tennis coaching which he has undertaken for the last 48 years.

Hans, now 79, has been running between ten and fifteen sessions per week, week in and week out, for the whole of this period which has produced several high quality England players, the best of whom was Michael O’Driscoll who, with his Yorkshire team mate Chris Oldfield, were the European Cadet Team Champions.  Michael was one of the dominant players in European Junior table tennis in the 1980’s.  Another quality player was Melody Ludi who represented England Juniors and Seniors in the mid 1970’s.  One of the best known products of Hans’ coaching programme was Sally Midgeley, now Sally Shutt, the Yorkshire regional coach.

For several years Hans was the coach at the Yorkshire Centre of Excellence in Leeds.  Most of his coaching has been carried out in the Bradford area very regularly over the last 2 decades.  Hans has also coached players who won over 100 gold medals and 80 silver and bronze medals in Junior and Senior National Championships and Masters competitions.  Whilst it is not possible to prove, it is most likely that Hans will have clocked up more coaching hours in England over the last half century than any other qualified coach.

Hans’ only break from the coaching routine was when, a year or so ago, he took seriously ill and had a critical operation in hospital.  However, Hans is now back to his coaching and attending some of the ETTA tournaments with the players that he is currently producing.  Hans’ latest appearance at the ETTA events was the Under 14 National Championships at Tipton earlier this month.