Great start for Pitchford in the Champions League 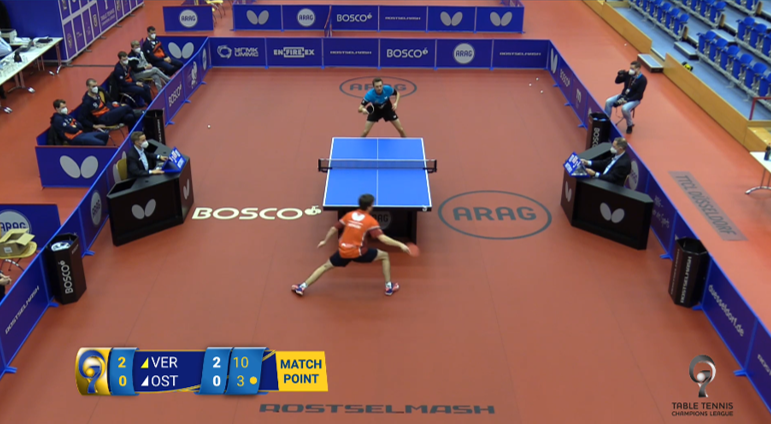 Competing for the first time for Russian club UMMC, Pitchford and his team eased through the first tie against Czech side Enfireex Ostrave winning 3 – 0.

Pitchford himself took on Slovakian youngster, Filip Delincak in his first match of the tournament that runs from today until the 18th December.

Delincak struggled to execute his serve, and equally to return his opponents, leading to Pitchford rapidly taking the first set 11 – 4.

The second set looked more promising for the Slovakian; at one stage only two points behind Pitchford at 8 – 6. However, Pitchford was punishing with some explosive returns to win the second set 11 – 6.

Pitchford’s team will be playing their second match tomorrow at 0900 against Sporting Clube de Portugal, available to watch live on ETTU TV.

Sam Walker’s team Hennebont also made a winning start, defeating Dekorglass Dzialdowo 3-2. Walker did not feature as two wins for Cedric Nuytinck and one for Omar Assar saw Hennebont come from 2-1 down to take the victory.