Gavin Evans has been formally appointed as England National Men’s Coach through to the Birmingham 2022 Commonwealth Games and is relishing the opportunities ahead. 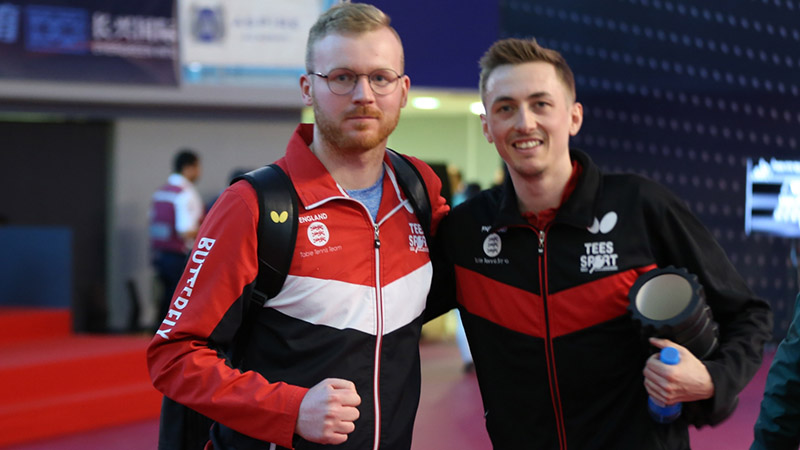 Gavin Evans has been formally appointed as England National Men’s Coach through to the Birmingham 2022 Commonwealth Games and is relishing the opportunities ahead.

Gavin had been working with the team since last October as a contractor, but an additional preparation grant from Sport England has allowed Table Tennis England to make his position permanent until the end of the Games.

His first task will be to travel to China with Liam Pitchford for the ITTF’s #RESTART series of events – the England No 1 and world No 15 is in the field for the Liebherr Men’s World Cup and the ITTF Finals from November 13. He and Gavin fly out at the end of this month.

Beyond that, Liam and Paul Drinkhall will be attempting to qualify for the delayed Tokyo 2020 Olympics and there is the World Team Championships to look forward to in February – pandemic permitting – with the home Commonwealth Games on the horizon after that.

Gavin said: “I’m delighted to be able to continue the work with the senior team and there’s some really exciting times ahead for us leading up to Birmingham – if we’re in a place where we can get a home crowd behind us that would be very special.

“But now it’s about getting in the hall and working with them to give them the best chance to achieve their dreams.

“The #RESTART events are a tremendous opportunity for us to go out there and for Liam play the best players in the world for a few weeks.”

Liam was also delighted to see Gavin’s stay with the team extended. He said: “I’ve known Gavin for the majority of my table tennis life and since we started working together near the end of last year it’s been very positive.

“We’ve been able to do a lot of good work together – and more so recently, since lockdown, as I’ve not been away that much – and I think it’s paying off. I’ve made some improvements to my game and I’m looking forward to getting out to China and carrying on that good work.

“We like working together. I trust him and he trusts me and that’s what you need in a coach. It’s really enjoyable going into the hall and working with him day in, day out and seeing that work transfer into your match play.

“I’m pleased now his job’s secure for the lead up to Birmingham and for the team as well, I think it’s massive and the others will be pleased he’s staying on. Now it’s about carrying on that work and that will benefit us all as a team.”