Five table tennis players are among more than 100 athletes selected by Team GB to compete at the European Games in Minsk – including first GB call-ups for Tin-Tin Ho and Wales’ Charlotte Carey. 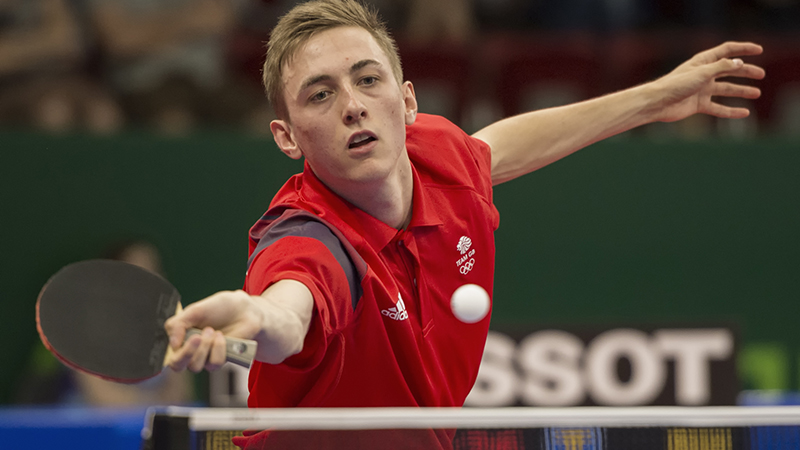 Five table tennis players are among more than 100 athletes selected by Team GB to compete at the European Games in Minsk – including first GB call-ups for Tin-Tin Ho and Wales’ Charlotte Carey.

They are joined by Liam Pitchford, Sam Walker and Paul Drinkhall in the line-up for the second edition of the Games, which will be held in the Belarussian capital from June 21-30.

Table tennis is one of three sports, alongside archery and shooting, where there are opportunities to qualify for the Tokyo 2020 Olympics.

The top three athletes in the men’s and women’s singles, plus the gold medal-winning teams, will all earn an automatic place at the Olympics.

Pitchford, Walker, Ho and Carey will compete in their respective singles categories, while Drinkhall will be on duty in the team event alongside Pitchford and Walker.

“The focus is on enabling the athletes to deliver their best performances, with the added incentive of the opportunity to qualify for the Tokyo Olympics.”

The table tennis contingent are part of a 101-strong Team GB squad across 11 sports. In total, the Games will see 4,000 athletes from 50 countries competing across 200 different medal events.

The table tennis squad has grown from three athletes who attended the first European Games in Baku in 2015 – Pitchford, Drinkhall and Kelly Sibley were on duty then.

Speaking after the team announcement, Ford said: “Minsk 2019 provides an important pathway towards Tokyo 2020 for sports. It is an exciting mix of athletes and I look forward to the second European Games and the performances that I’m sure will impress and excite in equal measure.”

As with Baku four years previously, BT Sport has secured the UK and Republic of Ireland rights to broadcast action from the European Games this summer and will provide daily, live coverage of the Games throughout each day of the competition.

Coverage across its TV channels will follow all of the Team GB athletes in action, switching between sports as the competition unfolds. Meanwhile its BT Sport Extra red button service and digital platforms will provide live coverage of every discipline and competition.