The latest in a series of Club and Volunteer Conferences took place on Saturday June 2 in the South West Region and included a presentation by Portishead TTC on their recent club development. 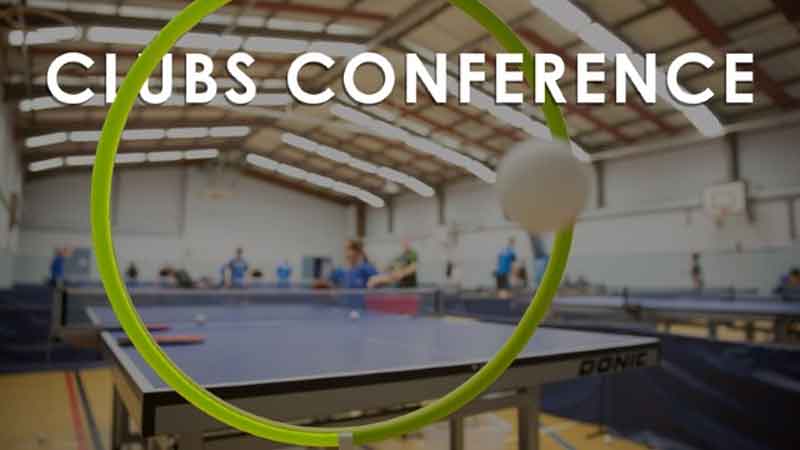 The latest in a series of Club and Volunteer Conferences took place on Saturday June 2 in the South West Region. 21 individuals representing 17 clubs and leagues joined the Table Tennis England team at a very sunny Exeter Racecourse.

The day was made up of a variety of workshops and networking opportunities. As well as Table Tennis England workshops on volunteer recruitment and retention, and using insight to increase membership, there were also a series of partner presentations. Presenters from Oaks Consultancy and ClubSpark also attended on the day to deliver sessions on Income Generation and Club Management platform respectively.

In the afternoon session, Derek Connop from Portishead Table Tennis Club delivered an inspiring presentation highlighting the club’s development in recent years. The Club have developed across several areas including becoming a Table Tennis England PremierClub, training new coaches, developing social and community sessions, as well as developing the club brand through new kit and merchandise. As a result, a recent club survey highlighted an overall member satisfaction of 4.5 stars and a net promoter score of 80+. You can read more about Portishead’s journey in the below attachment.

The South West Club and Volunteer conference proved to be a very constructive day and a great opportunity to bring together a variety of clubs and leagues from across the region. Interesting and informative with a good balance between workshops and networking. It was well planned to ensure each section stayed on track as far as possible and the inclusion of the governance roadshow added even greater value to the day.

Table Tennis England would like to thank all those who attended for their engagement throughout the day. Dates will soon be confirmed for conferences in Yorkshire and the South East Region.