The ITTF Team World Cup is grabbing headlines and media attention with less than three days to go until the world’s best players step out at the Copper Box Arena. 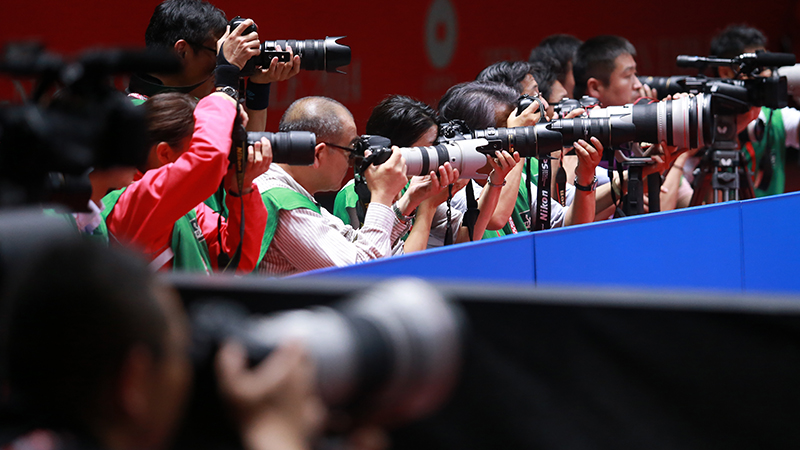 The ITTF Team World Cup is grabbing headlines and media attention with less than three days to go until the world’s best players step out at the Copper Box Arena.

Paul Drinkhall gave his thoughts on the tournament in a BBC 5Live interview on Sunday night, with further interviews scheduled with England players in the next few days on both radio and television.

The event will be shown live in its entirety on the BBC Sport website and is being shown live in more than 100 countries around the world, including China and Japan.

National and international news media and agencies will descend on London for the event, with accredited media visiting from competing nations China, Japan, Germany, France, Brazil and the USA.

There are also accredited media from countries which did not qualify, including Poland, Nigeria, Latvia and Canada.

Local media have been enthusiastic about promoting the event, with a number of East London-based newspapers running competitions to win tickets, while the local media in the England squad members’ home towns have also given the tournament prominent coverage.

Social media has been abuzz, too. News of the BBC broadcast deal, released on Table Tennis England’s Twitter and Facebook pages, reached almost 20,000 people, while other posts, including Liam Pitchford’s opinions on the teams to watch, have reached thousands more.

It is not just the competition itself which is attracting attention – the prestigious Inside The Games website, having been included in Table Tennis England media alerts about the event, has published a fantastic article about the history of the sport. Click here to read the article.

With the media, Table Tennis England and the ITTF, sponsors British Airways, 12Bet and Go Daddy, and the Mayor of London’s office all joining in the promotions push, it promises to be a fantastic tournament which puts English table tennis right on the world map!

Keep an eye on our website, plus social media platforms to follow the latest news, including the draw, which takes place at 3pm on Wednesday.