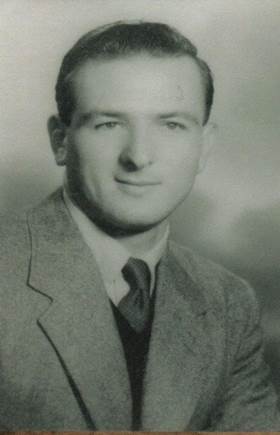 Eric Barton who died 1st December 2013, aged 90 can best be described as a true ‘Pillar of Society’. Such phrases are often used but only when looked up do you realise the true meaning. Below personifies Eric especially in Table Tennis circles as well as every facet of his eventful life, whether playing sport or as family man.

Pillar of Society; “A person who is universally respected, reliable, decent and hardworking that is more of a giver than taker; often engaging in voluntary work and taking up worthy causes who neighbours and the community have high regards and esteem for”.

Eric took over the running of the Gt Horkesley Table Tennis Club in 1968 where he was not only Secretary but also ran coaching sessions for local children on a weekly basis. His late brother Len then took over as the two brothers were known as stalwarts of the Colchester Table Tennis League. His wife, June and two sons; Stuart and Richard all represented the Gt Horkesley club as did many young players that he ‘brought through the ranks’. Eric played until the mid-eighties when an injured knee forced him to retire from the game.

Eric served in the Navy and was taken as a prisoner of war at Tobruk but this didn’t change his warm and affectionate nature. He was a builder by trade, running his own business and was known by his regular customers as a perfectionist. He had a vast array of social interests including playing cricket for Tendering Park and Mistley Cricket Clubs as well as being an accomplished Artist and budding Magician! He wrote an autobiography ‘A Village Boy’ as well as ‘A Collection of Wildlife Stories’ the former can be purchased through Amazon still. This title is how Eric will be best known as he remained a true Gentleman, dedicated to family life, who will be remembered fondly by all who had the pleasure of knowing him.

Eric concludes his book; “…like most things in life it’s what you make of it that matters!”

He is remembered by his wife, June and sons Stuart and Richard, as well as his beloved Grandchildren and Great Grandchildren.

Eric’s funeral will be held at Colchester Crematorium on Thursday 19th December at 11:00 am.