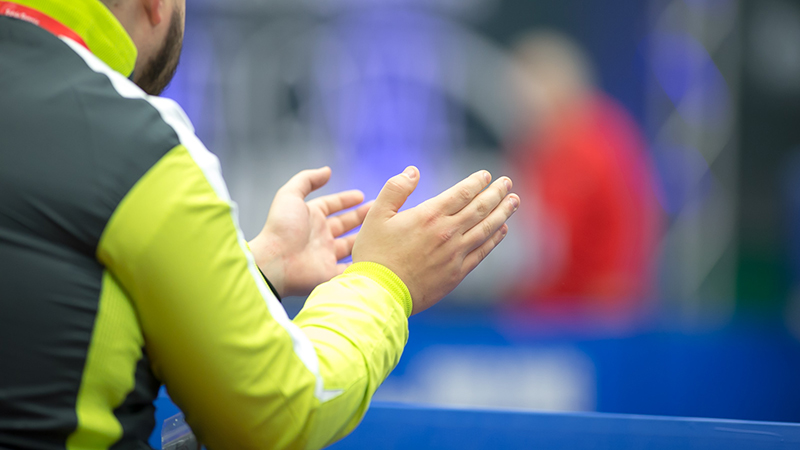 The areas explored included the existence of psychological components (pressure, anxiety, self-confidence, motivation, emotions, concentration and attention) in the sport and skills which can be practised to help strengthen these components, in the same way that coaches and players work on technical, tactical and physical aspects.

A particular example was focusing on breathing to help players stay in the present, calm themselves and then focus on one or two technical or tactical aspects.
Chris Turner, Diploma in Sporting Excellence Lead at Table Tennis England, said: “We talk a lot about resetting as players will lose points, they will lose sets, so we as coaches need to help the players prepare for that.

“The implications for practice could be linked to a task-based approach where players are set challenges designed to get them in the ugly zone where they will get frustrated and have similar feelings they experience in a match when they don’t make the challenge.

“This I feel gives us an opportunity in practice to implement some psychological skills such as breathing or self-talk to help them focus on the present and what they can do on the next ball.”

Also covered during the webinar was goal-setting as another psychological skill, and the importance of having outcome (results-based) goals as well as performance and process goals.

Anyone interested can click here to watch the webinar (scroll to 12min 10sec for the start of the broadcast).