England hope Worcester will be source of medals

The home team will be aiming for multiple medals as England takes its turn to host the Butterfly Schools’ Invitation International Championships in Worcester, starting on Friday night. 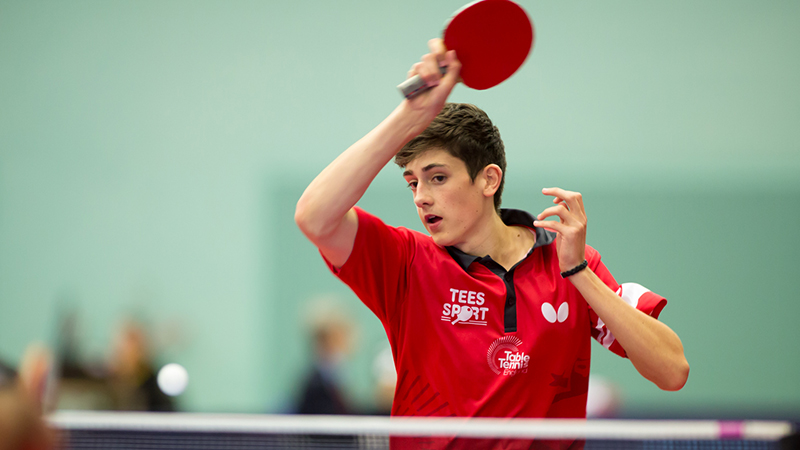 The home team will be aiming for multiple medals as England takes its turn to host the Butterfly Schools’ Invitation International Championships in Worcester, starting on Friday night.

Boys and girls from six other competing nations – Scotland, Wales, Ireland, Jersey, Guernsey and Isle of Man – will compete in three age groups, with both team and individual events on the agenda.

This will be the second international competition staged by Table Tennis England at the Worcester University Arena this season – the Europe Youth Top 10 was held there in September.

England’s Josh Bennett, who played in that event, leads the England Senior Boys’ contingent this weekend and will be looking to repeat his success from last year’s edition of the tournament in Jersey, when he was unbeaten all weekend and took the Senior Boys’ gold medal as well as being part of the winning Senior Boys’ team.

England won three individual golds and four team golds at last year’s tournament, as well as a clutch of minor medals. Thomas Rayner, Ben Hee, Gemma Kerr and Mari Baldwin, all medallists from last year, are also in the England squad this time.

Hee is also one of four England players to have won the national schools’ individual title, along with Sandy Choong, Sam Wilson and Patricia Ianau.

The visiting nations will all field players capable of getting into the medal picture, so it promises to be an intense tournament.

The action begins at 5pm on Friday with the team events. We will be live-streaming selected matches on our Facebook page, with details to follow.

Click here to view the event programme, including all the draws