Emily Bolton does not (yet) have an agent to help map her table tennis career – but she might want to consider putting fellow England international Maria Tsaptsinos on a retainer! 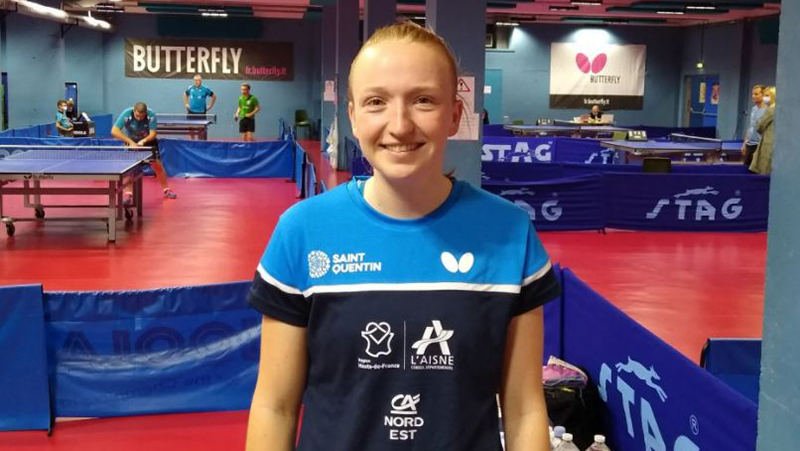 Emily Bolton does not (yet) have an agent to help map her table tennis career – but she might want to consider putting fellow England international Maria Tsaptsinos on a retainer!

Emily is currently living in France where, until the country went into a fresh lockdown, she was playing for St Quentin. She is also part of the AEK Athens squad in the Greek League, where she played in the first round of matches last month.

Her schedule owes much to Tsaptsinos, who plays for both AEK Athens and St Quentin, and used her contacts with both clubs to help get Emily involved.

The French deal came first, at a time when Emily was weighing up what to do after graduating this summer with a first-class degree in Sport and Physical Education from the University of Bedfordshire.

“It’s Maria’s doing,” said Emily. “She played for St Quentin last year and still does, and the president of the club asked her if she knew anyone else who wanted to play in the league.

“I didn’t really know what I was going to do after university, so Maria put me in touch with the president and when he found out what I was studying, he offered me two options – just to play league matches or to move out there and work with the club’s pathway as well.

“A lot of people at university stayed on to do the PGCE but I was a bit cautious about that because it was horrible being online only for the last few months of the course.

“I also didn’t have a job lined up, so I thought I would experience living in France for a year. So, I moved in August and I’ve been playing in the league (National 1) and working for the club, sparring with the young players.

“The Greek league – that’s Maria again! AEK wanted another player and she put me in touch with their guy. It was all a bit last-minute but I’ve been out there once already.

“We were laughing about it in Greece – if it wasn’t for Maria, I wouldn’t know what I’d be doing!”

Lockdown has temporarily closed down the French league and the St Quentin club, leaving Emily unable to train on the table. But she is still able to keep busy.

“Before lockdown, it was really good, I’ve been enjoying it,” she said. “I’ve been trying to learn the language, and I’m improving. I last did French when I was at school, so it’s almost learning from scratch again. But I already understand things a lot more.

“Now obviously everything has come to a stop for a while but hopefully after this month we can return to being as normal as it can get.

“The worst part is not knowing how long it’s going on for – we could get to the end of a month and there could be another month of it. Who knows if I will be home for Christmas?

“It’s a lot of uncertainty. It’s not ideal but hopefully if we can hold out for this period, things will come back without needing to have another break.”

Emily admits Netflix has been helping her to get through the initial days of lockdown – and she is making sure she does as much fitness work as she is allowed. She also has a more unusual pastime.

She said: “I have a bit of an obsession with colouring, since a trip to Japan last year. It’s nice to be doing something that’s good for mindfulness and when you’ve finished one it’s very satisfying to look at. It’s been one of my saviours so far.

“I message or speak to my mum most days, and my friends as well. It’s not like you’re not able to speak to anyone.

“It’s not too bad, to be honest, it’s gone pretty quickly so far.”

Even though planning ahead is difficult, Emily is still hoping to reap the benefits of living and playing abroad once she can emerge from the latest restrictions.

She said: “I’d like life to be as normal as possible. Hopefully we’ll have a few competitions again and the leagues can finish or at least complete as much as they can.

“For me, I hope to be able to improve so when competitions start, I’ve got somewhere to build from.”