Three teams lead the way after the first weekend of this season’s County Championship Veterans’ Premier Division as Yorkshire, Nottinghamshire and Hertfordshire lead the way with three wins. 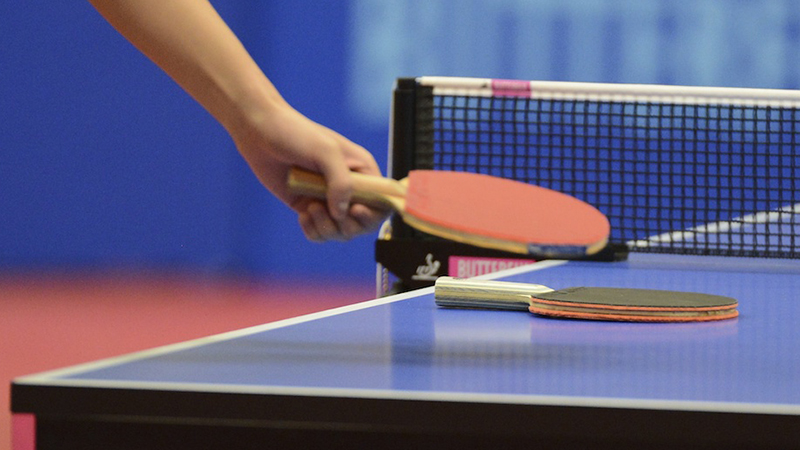 Three teams lead the way after the first weekend of this season’s County Championship Veterans’ Premier Division as Yorkshire, Nottinghamshire and Hertfordshire lead the way with three wins.

All counties played three matches and it is Yorkshire who lead the way by virtue of a one-set advantage over reigning champions Nottinghamshire, who are one set ahead of Hertfordshire.

Saturday saw all teams play two matches which provided little in the way of shocks with the exception of multi champions Leicestershire losing 6-4 to Kent, which included a win by Kent No 2 Phil Cox over Mr County Championship Chris Rogers as, despite losing the first game, Cox fought back to win 3-1 (8-11, 11-5, 16-14, 11-8) to inflict a rare County Championship defeat on Rogers.

If Saturday was pretty much standard this could not be said of Sunday as all counties contributed in producing four matches of the highest standard with all four ending in 6-4 results and all going to a last-set decider.

Table 1 saw Kent facing unbeaten Hertfordshire and despite Hertfordshire always being ahead they could never relax as when they went two sets ahead Kent managed to get the next set back.

Table 2 saw Warwickshire face Sussex and Warwickshire finally joined the party having lost 8-2 to Herts and 9-1 to Yorkshire the day before. They put up a great fight against Sussex and after eight sets the match score stood at 4-4.

Table 3 also produced a thriller as winners from last two seasons Nottinghamshire did not overwhelm Avon as might have been expected. Notts could not pull away and when Martin Gunn took the clash of the top two when he beat Mark Short 3-0 (11-5, 11-7, 11-9) in the penultimate set the sides were within a set. But it was Notts who recorded the win as Jason Ramage and Sarah Short beat Steve Bettison and Michelle Reeve in three (13-11, 11-9, 11-2).

The match on table 4 was a thriller as old foes over the last decade Leicestershire took on Yorkshire and it was Leicestershire who sprung to a 4-1 lead. Janet Adams scored an impressive win over Karen Smith which gave Yorkshire a boost and by the time the match-up of the top dogs took place in the penultimate set the teams were locked at 4-4.

Simon Pugh scored an impressive 3-1 victory over Chris Rogers (11-7, 3-11, 11-5, 11-8) and when Pugh and Adams beat Dave Gannon and Smith the Yorkshire team had completed an unlikely victory to take the match by the narrowest of margins.

All eyes are focused on Draycott in January when all the counties meet up again to complete this most thrilling of divisions.