County Championship: Yorkshire make it five – but only just 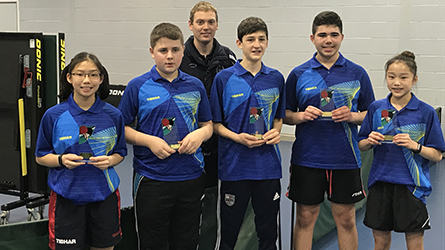 However, they looked likely to relenquish their title as they were relegated to second spot after the penultimate round of fixtures when the side lost their first match in six years.

Having won division 1A in season 2012-13 while unbeaten, the White Rose County were finally beaten by Nottingamshire 6-4 in the penultimate round of fixtures and having drawn with Durham in the round before it was the North East County who took top spot from Yorkshire with one round to play.

The final round commenced with Durham leading the table on 10 points followed by Yorkshire, Glamorgan and Nottinghamshire who were one point adrift.

The final round of matches saw there being a possibility that all four counties could win the title, less likely Glamorgan who needed all other matches to go their way, but in the end it was Glamorgan who played a huge part in the destination of the title.

In the final round Yorkshire were due to play Kent and Nottinghamshire faced Surrey and whilst both recorded thumping 9-1 wins it was the Glamorgan versus Durham match which caught the eye as they fought out a thrilling match. There was never more than one set between the counties and in the end a draw was a fair result which left Yorkshire taking the title on superior sets from Notts, who had leapfrogged into second spot.