Grassroots table tennis coach John Mapletoft says he is “pleased and proud” to become a Medallist of the Order of the British Empire in the New Year Honours – and thanked the local volunteers who have helped him during his 50-year career. 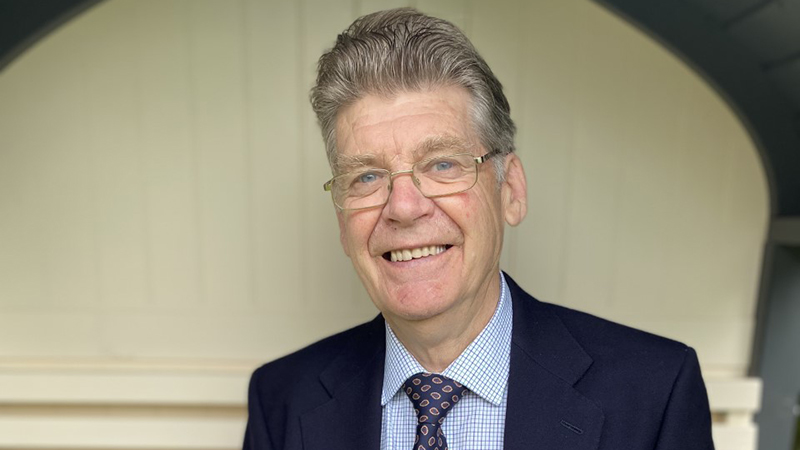 Grassroots table tennis coach John Mapletoft says he is “pleased and proud” to become a Medallist of the Order of the British Empire in the New Year Honours.

John, from Grantham, receives the honour – also known as the British Empire Medal (BEM) – for services to table tennis. It comes in the same year he became a Table Tennis England Vice-President at our AGM in July.

John has had a 50-year coaching career and was instrumental in the establishment of the first ever residential table tennis college at Grantham College Academy and believes he has coached well over 1,000 youngsters over the years.

He supervised the early days of a number of young England athletes, including England No 4 Tom Jarvis, who was the Rio 2016 Olympics reserve for Team GB. Other players in his charge who went on to Junior international representation include Matt Leete and Adam Harrison.

A UKCC Level 2 coach, John qualified in 1970 was most recently working with a group of pensioners at the Church of the Ascension in Grantham – a role he plans to resume as soon as possible after the pandemic restrictions are lifted.

John, 84, said: “It’s amazing, I just can’t get my head around it at the moment. I’m very pleased and proud and it’s good for the sport as well, because table tennis doesn’t get this sort of thing very often.

“I must have coached more than 1,000 kids table tennis and I’ve always had the philosophy of working from the grassroots up.

“There’s no doubt about it, I couldn’t do this on my own. It’s down to people – people make things happen as committee members and volunteers and sport parents, because they want to support those who are helping their children.”

John, who was a London Olympics torch-bearer in 2012, is unlikely to receive the award at Buckingham Palace due to the pandemic, but said he and his wife Pat had been invited to a Queen’s Garden Party after restrictions are lifted.

Table Tennis England Chairman Sandra Deaton said: “I am delighted that John has been recognised with this award for his dedication and devotion to table tennis in the Grantham and Lincolnshire area.

“I had the privilege of working alongside John for many years in the East Midlands and he was unprecedented in his ability to get young people to participate and continue to become local, county, regional and national standard.

“John was central to the idea and ultimate establishment of the Grantham College academy. He has been coaching for over 50 years and throughout that time he has maintained his unwavering enthusiasm to provide the opportunity for young people to take up the sport. Congratulations John — fully deserving.”

Among the others to have worked with John is Table Tennis England coach Chris Turner, who currently leads on the Diploma in Sporting Excellence (DiSE) programme which is based at Grantham.

Chris said: “I’m delighted John has received this much deserved honour in recognition of his services to table tennis.

“John has been coaching and passing on his passion for the sport in the Grantham area for close to 50 years enabling thousands of young people to enjoy the game.

“His impact isn’t just with local players, he’s had an impact at county level and was instrumental in establishing Grantham College Table Tennis Academy which has been going strong for 18 years, allowing hundreds of players from across the country to benefit from high level coaching.

“For me, John passed on his passion and encouraged me to get into coaching as a young player which has now transformed into my career enjoying a role with Table Tennis England, a role in which I’ve had many great experiences. Thank you, John.”

Kay Fray is the mother of one of the young players John has been working with recently – Gregory Fray, who is ranked just outside the top 50 of Junior Boys in England.

Kay said: “John Mapletoft is simply inspirational. His stamina, passion and commitment are second to none. With dogged determination he supports and encourages those around him giving individual attention, never waning in his enthusiasm.”