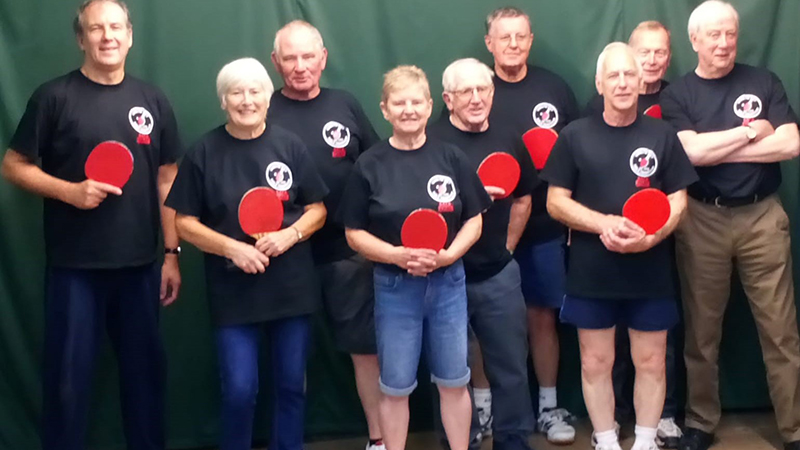 While setting up the Bat and Chat session the club took the decision firstly to get all their volunteers DBS checked so they could support vulnerable members of their local community, then set about advertising their new session in the local doctors’ surgery, library and via local Facebook pages.

After a slow start, word starting spreading locally and now the club is using all five club tables and has 20+ members. The session has been set up to run during the daytime to allow for easier access to local public transport and so members can drive during daylight hours.

Each session is run on a friendly basis – tea/coffee and biscuits are provided and members’ feedback says the club has provided them with a purpose to get out the house and in a lot of cases is helping to solve loneliness problems because a lot of members are widows or widowers.

Each session costs £3 with half the income paying for room hire and the other half being put towards supporting the club’s junior programme. Five players have now progressed and are joining the local league for the coming season.

“I have to give up an afternoon’s pay to run the club but it’s so rewarding and a pleasure to be able to offer a service to my local community,” said John Quinn, CHTTC Bat and Chat Organiser.