The pandemic is creating challenges for table tennis leagues to get back under way, and the Clacton & District League is one which has adapted to the restrictions to get a competition off the ground. 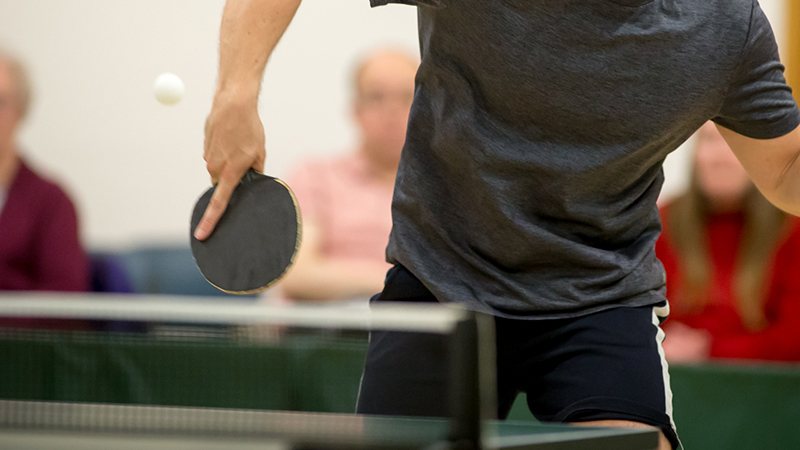 The pandemic is creating challenges for table tennis Leagues to get back under way, and the Clacton & District League is one which has adapted to the restrictions to get a competition off the ground.

A total of 26 teams will be competing in the Clacton and District League’s new Winter Friendly League. The competition will run from this week until the end of February. There will be three Divisions, with teams playing each other on a home and away basis.

There are a number of differences from the traditional League. Play will still consist of three-player teams, with nine singles matches, but there will be no doubles. In addition, several of the rules concerning the use of reserves and deduction of penalty points have been relaxed.

Although not a formal League, all players will still need to be registered with Table Tennis England to be eligible to play.

Commenting on the new competition, Chairman Peter White said he was pleased the League had been able to get competitive table tennis up and running again after last season had been abruptly ended in March.

He said: “A majority of the players we consulted indicated they wanted to play straightaway but we respect the decision of those who decided now was not the right time for them.

“Because we couldn’t include all the players, we decided to organise a more informal Friendly League – although I still expect there to be a lot of good competitive play.

“Playing conditions will be slightly different as we’ve had to put in place strict health and safety requirements, following as closely as we can the advice provided by Table Tennis England. Whilst we’re pleased to be back in action, the safety of our players is of paramount importance.”

Full details of the new Winter Friendly League, including the fixture list, have been sent to all players. This information is also on the League’s website. If required, scorecards can be obtained from League Secretary Lyn White on 01255 425292.

The divisions are made up as follows: