The battle of the big Brotherhood beasts in Division Two of the Clacton & District League resulted in a convincing 8-2 victory for leaders Brotherhood I over second-placed Brotherhood H. 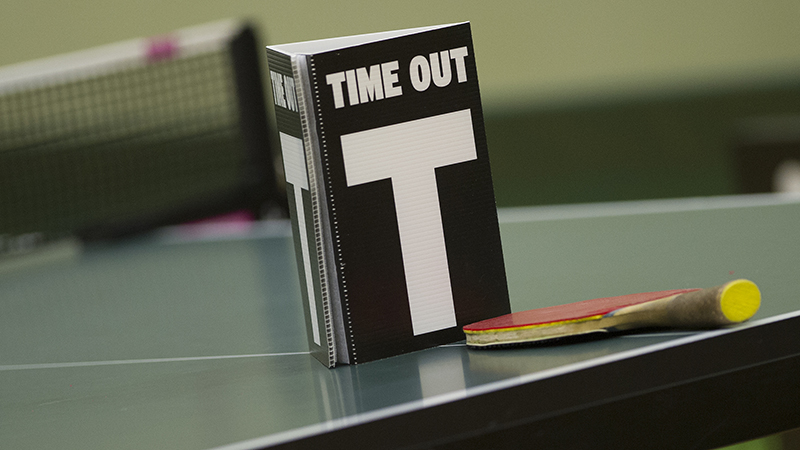 The battle of the big Brotherhood beasts in Division Two of the Clacton & District League resulted in a convincing 8-2 victory for leaders Brotherhood I over second-placed Brotherhood H.

Graham Parkes’ purple patch continued with the veteran left-hander recording an excellent maximum for the ‘I’ team, beating Woody Fitzpatrick and Mark Salter in three-straight, and Tricia Salter 3-1 (11-7, 7-11, 20-18, 11-9). Paul Alden and Fred Gallone both won twice for the winners whilst, for the ‘H’ team, Mark Salter beat Gallone and Fitzpatrick enjoyed unexpected success against Alden.

Walton E turned out their top trio against Brotherhood G and predictably won 10-0, a result which leapfrogs them over Brotherhood H into second-place. Mark Ratcliffe, Mark Gale and Gary Stallwood all stayed undefeated. Only one of the matches was extended beyond the regulation three sets, Ratcliffe and Stallwood taking the doubles 11-6 in the decider against Paul Metcalf and Mark Beckham.

It was much tighter in the Windsor Kestrels v Brotherhood F encounter, the Kestrels eventually edging it 6-4. Colin Beaumont with three and Bob Sawyer with two, plus their doubles victory, secured the six points. Barry Allen’s pair for Brotherhood included a good win over Sawyer.

Windsor Harriers had a harrowing week, twice losing heavily twice, results which drop them into a three-way relegation battle alongside Brotherhood G and Nomads Jaguars.

John Harvey, Ray Chillingworth and Pete Bloomfield were unbeaten in Windsor Buzzards’ 9-1 win over the Harriers. Jenny Higgins and Ferdy Rodriguez took a consolation point for the losers with a doubles win against Harvey and Bloomfield whilst Rodriguez took Harvey close before going down 11-9 in the fifth.

It was only marginally better for the Harriers against Nomads Bobcats, Liam Harris and Andy Cawley each taking trebles in the Bobcats’ 8-2 success. Mike Wellum picked up a couple for the winners although the Harriers once again took the doubles.

Brotherhood E moved effortlessly to the top of Division Three with 18 points from their two matches.

Tony Edmonds and Rodney Betts were unbeaten in the 8-2 victory over Nomads Lynx although Betts had to endure three tough matches, beating Mike Vilka 11-6 in the fifth, Dominic Joannou 11-8 in the fifth and Jill Canning 13-11 in the fifth. Canning and Vilka picked up a point apiece with wins over Brotherhood skipper Duncan Dunne.

It was somewhat less taxing against Nomads Ocelots, Betts, Edmonds and Dunne all taking trebles in their 10-0 win. But Betts was once again involved in a close five-setter, defeating Arthur Wells-Garrett 12-10 in the decider.

Three from Tony Sharman, and two each from Lynette Sparks and Toni Hayhow-Khan, saw Walton D to an 8-2 win over Windsor Merlins. Sharon Gowlett won the Merlins’ two points whilst Bradley Henshaw was not far away from taking another, going down 11-6 in the fifth to Sparks.

Nomads Lynx were in action for a second time in the week in a brought-forward match, winning 7-3 against Windsor Falcons. Norman Jacobs, Mike Vilka and Dominic Joannou all won twice, with Kayley Rodriguez again saving the Falcons’ blushes by staying unbeaten.

Windsor Condors suffered a set-back in their quest for the Division One title when they went down 6-4 to club-mates Windsor Eagles. In-form Gary Cattermole was the unbeaten star of the show for the Eagles, with the ever-reliable Phil Smith contributing a couple. Ollie Rampton won twice for the Condors.

Three from Derek Willis, and two each from Paul Meikle and reserve Mark Gale, gave Walton B a 7-3 success against Brotherhood D. Grant Sharpe’s two for the losers included an 11-9 in the fifth win against Meikle whilst Scott Campbell and Russell Hillier combined to take the doubles for Brotherhood, 11-8 in the decider, against Willis and Meikle.

* The draw for the Handicap Knock-Out Cup has produced a mouth-watering prospect with the two leading First Division teams, Nomads Panthers and Windsor Condors, drawn to meet each other in Round Two. The Panthers are the holders whilst the Condors won the trophy the previous season. The full draw is:

The draw has also been made for Round One of the Division Three Handicap Challenge competition. The draw is Nomads Pumas v Nomads Lynx; Windsor Merlins v Brotherhood E; Windsor Falcons v Windsor Robins. The remaining five Third Division teams receive a bye to the next round.