With only a handful of matches left to be played in the 2019 season of the Clacton & District League, one of the tightest tussles is at the foot of Division Two where just five points cover the three teams battling relegation. 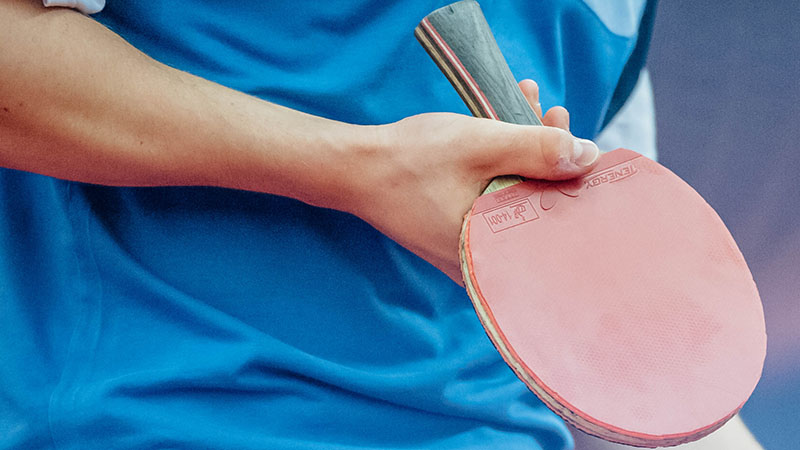 With only a handful of matches left to be played in the 2019 season of the Clacton & District League, one of the tightest tussles is at the foot of Division Two where just five points cover the three teams battling relegation.

Bottom-team Nomads Jaguars produced the win of the week, a confidence-boosting 6-4 success over a weakened Windsor Kestrels’ side, a result which moves them to just one point behind the team immediately above them, Brotherhood G.

There were two each for Harry Hawkes, Kevin Hume and Caroline Page, although Hawkes had to fight hard before beating Debra Found 11-6 in the decider and then Windsor reserve, Jackie Bunce, 11-4 in the decider. The Jaguars came close to squeezing another point from the match, Caroline Page narrowly going down 12-10 in the fifth to Graham Bunce.

Bunce remained unbeaten for the Kestrels and, with Found, defeated Hume and Hawkes in the doubles.

Brotherhood G, the team currently in the second relegation place, did well to come out of their match with Windsor Magpies all-square. There were two each for Paul Metcalf and John Gallagher, and one for Mark Beckham. Gallagher enjoyed a fine 11-7 in the fifth win over Dave Sweetland, who was also taken close by Beckham, Sweetland eventually winning 11-9 in the fifth. But none of the Brotherhood players could get the better of Dave Martin who took his three wins for the Magpies in three-straight.

Windsor Harriers are now only four points ahead of Brotherhood G although they do have a match in hand. This week, they went down 6-4 to Nomads Bobcats, Liam Harris again unstoppable with another hat-trick. Eric Lemke and reserve Dave Harris chipped in with a point each. Isabel Barton won two for the Harriers, including a victory in the closest match of the evening, beating Lemke 3-2 (14-12, 8-11, 11-4, 7-11, 11-9).

At the other end of the table, Brotherhood I preserved their unbeaten record, albeit not their hundred per cent record, when their match with Walton E ended all-square – but it might have been worse had not the Walton side been forced to field a guest. In-form Mark Gale took his maximum for Walton, including a nail-biting 14-12 in the decider win over Paul Alden. Brotherhood’s points came from two tight matches, Alden defeating Mark Ratcliffe 11-8 in the fifth and Owen beating the same player 11-9 in the fifth.

Brotherhood E now have a 19 point lead over their nearest rivals, with a game in hand, and the title must surely be theirs. But the race for the runners-up spot is hotting up, with six points separating the next three teams.

Second-placed Windsor Penguins slipped up against fourth-placed Nomads Leopards, who took a hard-fought contest 7-3. Stuart Wilkinson was the Leopards’ unbeaten man-of-the-match, his hardest win a 3-2 (11-4, 12-14, 13-15, 11-7, 11-7) success against Alan Charman. There were two each for Dave Wright and Bob Jillins, Wright involved in the tightest finish of the week, beating the unfortunate Charman 15-13 in the fifth. For the Penguins, there was one each for Dale and Charman, and a combined doubles success. Dale denied Wright the opportunity to record a treble by winning 11-7 in the decider in the final match of the night.

Nomads Pumas are the third side with an eye on the runners-up spot and their 10-0 victory over Nomads Ocelots moved them into third place. Dave Harris, Alan Dockerill and John Bowers were their unbeaten trio.

There were hat-tricks for Mike Vilka and Dominic Joannou as Nomads Lynx defeated Windsor Merlins 8-2, although it was a close 11-7 in the decider for Joannou against Sharon Gowlett. Bradley Henshaw and Gowlett took a point each for the Merlins.

Maci Harvey, Dan Still and Harley Wood each won twice in Brotherhood J’s 7-3 win over Windsor Falcons whose three points all came from the ever-reliable bat of Kayley Rodriguez.

The only unbeaten record in Division One disappeared as Brotherhood C, without Andy Warner or Kevin Gowlett, lost for the first time this season, 8-2 at the hands of Windsor Eagles. Gary Cattermole and Mark Smith, making his first League appearance for nearly three years, took a maximum each for the winners.

Two of the teams struggling to avoid relegation lost 6-4. Brotherhood D went down 6-4 to Windsor Condors, for whom Ollie Rampton was undefeated and Martin Hogg won twice. The pair also took the doubles. Russell Hillier won two for Brotherhood, enjoying an unexpected 11-9 in the fifth win over Hogg.

No-one stayed unbeaten as Walton B edged past Nomads Tigers 6-4. Colin Dearman, Derek Willis and Jason Gale each won a couple for Walton. For the Tigers, there were two for Chris Parr, one for Pawel Szemro with the two of them combining for a doubles success.

Brotherhood D are now six points ahead of the Tigers but things are looking bleak for Lawford who are fifteen points adrift at the bottom following their 10-0 defeat by Nomads Lions. Despite Lawford’s best efforts, there were hat-tricks for Ethan Lloyd, Jason Lloyd and Adam Wilkin, Jason Lloyd beating James Tindle 11-7 in the decider and Ethan Lloyd beating Richard Spence 11-5 in the decider.

* The Closed Championships, sponsored by Paul Newbould Planning and Building Design Services, take place on Saturday 13th and Sunday 14th April at the Coastal Academy Sports Hall. Entry forms have been sent to all registered players. The qualification for entry is six League matches. Entry forms should be completed online, or sent by post to either Tony Oswick or Peter White, by Saturday 23rd March.

* The League is holding a Quiz Evening on Saturday 16th March at the Brotherhood Hall, starting at 7.30pm. It’s £3 per person for teams of up to six, bring your own drinks and nibbles. For more details, or to book a table, telephone Viv or Ferdy Rodriguez on 01255 830951.