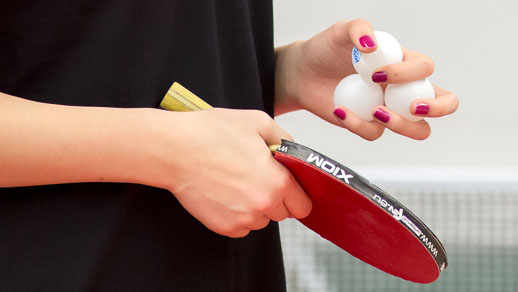 Perhaps for the first time in recent memory there will be no former champions taking part in the blue riband event – the Men’s Singles. Last year’s Champion Ross Saxby has left the area and the three previous winners – Tony Halling, Ben Warner and Steve Joslin haven’t played in the League this season. Champion from 2013, Alex Abbott, hasn’t entered.

Trevor Lloyd, a highly experienced Wiltshire County player – relatively new to the area and very impressive in League matches this year – is the top seed and Sam Hume, the very composed and improving Essex No 1 Junior is seeded second.  The joint No 3 seeds are top Veterans Duncan Taylor and Wale Bada whilst the four joint No 5 seeds are also likely to be equally competitive in the shake-up for honours – Paul Davison, Gary Young, Ryan Gooday and Reece Seddon.

Group 10 only contains three players but it has the potential to be the most hotly contested. Reece Seddon takes on Ciaran Whelan and Lee McHugh.

The year’s Ladies’ Singles looks especially interesting this year. The winner for the last two years, the hard-hitting Dawn Baldry, will have to face Shirley Carroll and another newcomer – Essex Junior first team player – Gracie Edwards in her group and she will know that she will have to be at her very best to come out on top.

In the other group Linda Roff takes on Jan Fuller and 22-times champion Julie Johnson. A very difficult event to call although Julie Johnson’s massive level of experience may well stand her in good stead.

The Men’s Doubles is often one of the most open of events and this year this looks like it will again be the case. The holders Wale Bada and Reece Seddon take their place at the top of the draw whilst Paul Davison and Gary Young are seeded second. The joint No 3 seeds – Gary Cattermole & Trevor Lloyd and Duncan Taylor & Charles Sweeny – will also have high expectations of doing well.

The Ladies’ Doubles only features three pairs but all three are capable of making their mark. The holders Julie Johnson / Jan Fuller will take on Lin Roff / Gracie Edwards and Dawn Baldry / Shirley Carroll.

The number of entrants in the Veterans’ Singles is well down this year. The holder Wale Bada is the top seed in the Over-40s event with Trevor Lloyd, who looks set for a very busy weekend, seeded second. Duncan Taylor and last year’s runner-up Paul Davison are the joint third seeds.

Two other players equally capable of winning – Gary Young and Colin Stallwood make up the seeds.

Ian Whiteside, a four times champion in the Over-60s Singles, is the top seed in this event with Michael Johnston and Trevor Carter likely to offer the stiffest challenges.

Gary Young will be looking for his fourth success in the Veterans’ Doubles. He is paired with Paul Davison this year. Their opponents in the Final are expected to be Colin Stallwood / Trevor Lloyd.

Sam Hume is a heavy favourite in the Under-21s Singles. But with players of the calibre of Ryan Gooday, Sam Lowman, Daniel Berry and Daniel Young in the draw he won’t take anything for granted.

It’s the same in the Junior Boys’ Singles and Sam Hume should take the title. His final opponent is expected to be Daniel Young with Connor Payne and Matthew Elliott expected to exit in the semi- finals.

Gracie Edwards will be looking to become the first female winner of the Under-16s Singles. She is expected to meet Daniel Young in the final. Toby Kelly and Harry Buckle are seeded to reach the semi-finals.

Daniel Young is a heavy favourite in the Under-14s Singles with Harry Buckle expected to contest the Final.

Connor Payne / Sam Hume will be looking for win No 3 in the Junior Doubles although they won’t have it all their own way if their final opponents turn out to be Gracie Edwards / Daniel Young.

After a gap of two years the Junior Girls Singles returns to the programme. There are no surprises here and Gracie Edwards is a very heavy favourite with Annabel Sweeny expected to challenge her in the final.

Sunday‘s events will be dominated by the Divisional Singles. These are always difficult to call. Those players who are so dominant in League matches don’t always have it all their own way in tournament conditions.

Lee McHugh is the top seed in the Division two Singles with Ian Whiteside expected to challenge him in the final. However the composition of three groups gives you a taste of how competitive this event is. Group one sees Daniel Anderson take on Daniel Young and Richard Baxter whilst Group three sees Ryan Pitt come face to face with Charles Yeung and Mike Johnston. Group seven is also compelling – Victor Chan takes on Trevor Carter and Richard Storey.

Martin Hiskey is expected to face Mark Glenister in the Division five Singles Final with Addi Kamma and Martin Goddard seeded to bow out at the semi-final stage.

With a massive entry of 46 players it was necessary to play the Junior Handicap Singles from the M&G Investments Chelmsford Championships at the Melbourne Athletics Centre on Friday 26 January 2018.

The final will be played at the Championships next weekend and will feature Matthew Elliott and Aidan Noguchi.

Aidan Noguchi came through the other half of the draw but it could have been very different. In the first round Jason Yeh led Noguchi 9-1 in the final set. It was “last throw of the dice time” for Noguchi and by increasing his consistency levels massively he fought back and pipped his opponent 3-2 (6-11, 11-3, 11-8, 9-11, 12-10).