Champions Urban open up with whitewash

There is a familiar feel at the top of Premier British League after the first round. Last year’s top four all registered victories on the opening day. 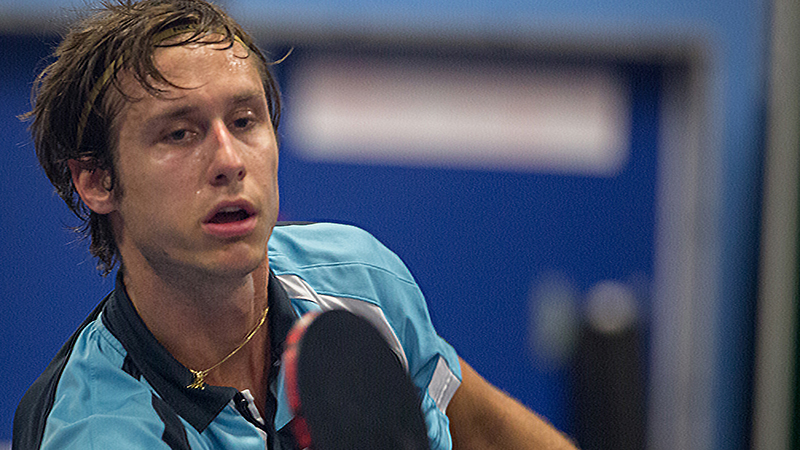 There is a familiar feel at the top of Premier British League after the first round. Last year’s top four all registered victories on the opening day, with Urban TTC, Ormesby Drumchapel and Ormeau all opening their accounts.

But the headlines were grabbed by the defending champions, who set their stall out with a 5-0 hammering of BATTS.

Under the new ‘Olympic’ format; a doubles match followed by four singles, Urban dropped just two ends on their way to the whitewash.

A simple straight ends victory for the team of Daniel Schaffer & Alim Hirji over Jack Bennett & Steve Beerling was following by 3-0 wins for Szilard Gyorgy and Hirji over Ismaila Akindiya and Beerling.

Bennett took the first game off Gyorgy in the fourth set but ultimately succumbed to a 3-1 reverse, before Akindiya suffered a similar fate at the hands of Schaffer.

Drumchapel and Ormeau had slight blemishes to their records but ran out 4-1 victors over North Ayrshire and Fusion.

In the Scottish derby, it was some Spanish flair that shone through as new signing Marc Duran won both of his matches for Drumchapel. Duran, world ranked 569, eased to comfortable victories over Marc Colin Dalgleish and Chris Main.

British Premier League 🏓 | 4-1 defeat to @DrumTTC, with Zak Wilson picking up the first and only win on his debut for NATTC. Thanks to the team of volunteers & spectators, next match Oct 20th away to Ormeau. pic.twitter.com/eXM8pncvjB

Zak Wilson responded for North Ayrshire with a 3-1 win over Victor Guang Shi, but he and Berglund won the doubles while Berglund, ranked 269th in the world, defeated Dalgleish.

Meanwhile, new Ormeau signing Matt Ware impressed in their win over Fusion. Ware, alongside Gavin Maguire, won the doubles before he picked up a 3-0 win over Joseph Hee.

Maguire also picked up a singles win as he came from behind twice to beat Kazeem Adeleke, but Lorestas Trumpauskas earned a consolation with an impressive win over Oriol Monzo.

You can watch the action below.