Champions back to defend ELCC titles

All four champion teams from 2018 will be back to defend their titles at the English Leagues Cup Competitions finals at Wellingborough this weekend. 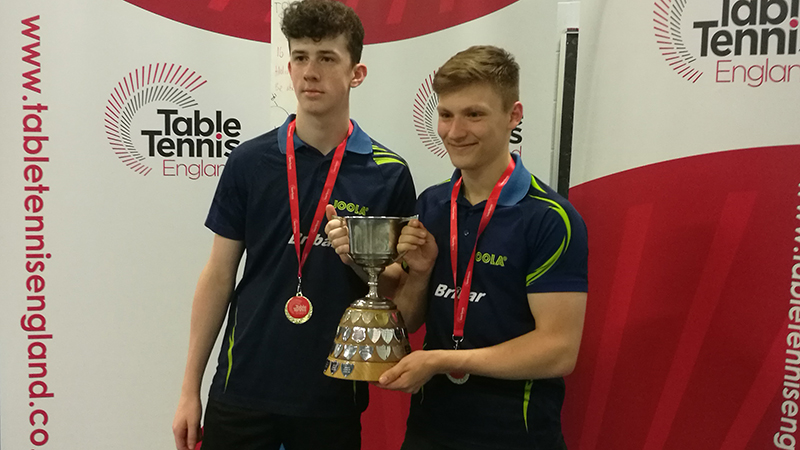 All four champion teams from 2018 will be back to defend their titles at the English Leagues Cup Competitions finals at Wellingborough this weekend.

Plymouth will be aiming to retain the two trophies for male players – the Wilmott Cup for Seniors and the Carter Cup for Juniors – but with mostly new personnel and no return for Josh Millman, who was in both winning line-ups last season.

Uther Kingdom is the constant and will again play in the Carter Cup, where his partner this time is Leon Zacharkiw. In the Wilmott Cup, it will be Paul Whiting and promising youngster Olly Cornish on duty.

The two reigning champions on the female side have more familiar line-ups. In the JM Rose Bowl for Seniors, Tiana Dennison and Jane Ji will again carry the hopes of Central London as they look to retain the title.

In the Junior Bromfield Trophy, Loughborough are represented once again by last year’s winners Erin Green and Helena Dicken, who have since gone on to win the Cadet Girls’ Singles title at the PG Mutual National Championships. The are supplemented by the addition to the squad of Anna Green and Lucy Vernon.

The ELCC is the oldest event on the domestic calendar, having begun with the Wilmott Cup in 1935. The finals will once again be played at Westfield TTC in Wellingborough, based at Weavers Leisure Centre. Spectators are welcome – the Senior events are on Saturday and the Juniors on Sunday.