As we celebrate the centenary of the sport’s governing body in the 2021/22 season, we launch a series of Centenary Stories with a focus on Gilbert Belsten, a member of the very first England international team. 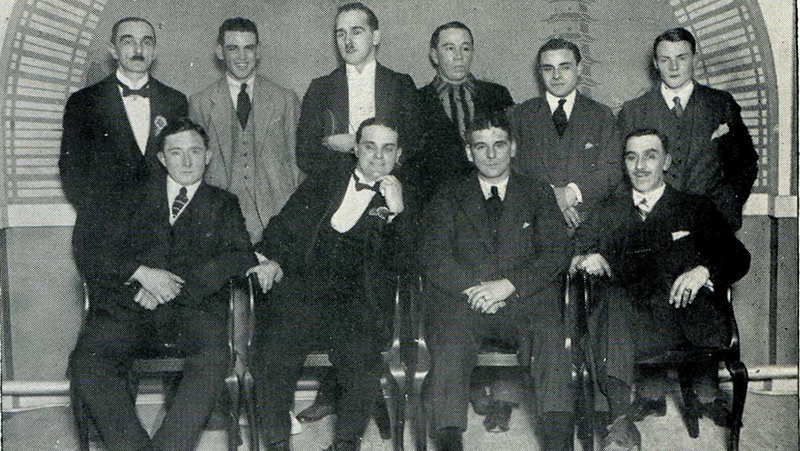 The name of Gilbert Belsten is little known but highly significant in the history of table tennis in England.

As a member of the England squad which played the first international match, against Wales in March 1923, his place as a pioneer in the annals of our sport is secure.

As we celebrate the centenary of the sport’s governing body in the 2021/22 season, we today launch a series of Centenary Stories with a focus on Gilbert, a tale which has both tragedy and a lasting legacy at its heart.

John Ruderham, of the Bristol & District League, has researched Gilbert’s life, and he takes up the story:

Gilbert Belsten was a Bristol league player and the fourth son of William George Belsten, who was the first President of that league. Gilbert was the third person to win the league’s Division I Individual Championships title at the end of the 1921/1922 season and, playing for Totterdown YMCA, his team were the Division I champions as well.

He also participated in the first inter-town matches that took place twice a year against the Cardiff league at this time, and in one match it was quoted that “Belsten had a stubborn defence.”

When he was chosen by the England selectors to play in the first international played against Wales on 9 March 1923, he won six matches out of eight. Gilbert’s name was also on the Men’s Minor Singles draw for the first World Championships held in London in December 1926, but the records show that he had to give a bye in the first round.

Unfortunately, at the age of just 29, Gilbert was knocked down by a car in Bristol and passed away on 20 September 1929. His father donated a silver perpetual trophy to the league for competition play, on the understanding that any monies made from that competition would be passed on to various charities chosen by the Executive Committee each year.

The trophy is still played for to this day and at the evening’s AGM and trophy presentations in June 2007, Gilbert’s great nephew, Nigel Belsten, proudly attended and made the award to that season’s winners, the Filton Table Tennis Academy team trained by Kevin Satchell.

It is also a great shame that the only photograph that exists of Gilbert, even among the family’s own archives, is the one of him in the group photo when he represented England in 1923, and which has been reproduced a couple of times in Table Tennis News over the years, but his name in the caption underneath that image has been regrettably reversed with that of Tom Hollingsworth.

The photo is also included in Table Tennis England’s Centenary Book, due to be published in March. Click here to read more about the book and to place an order.

If you have a Centenary Story to tell, contact [email protected]