Will Bayley’s facemask initiative to raise money for Great Ormond Street Hospital is going from strength to strength, with thousands of sales and six celebrity designs now to choose from. 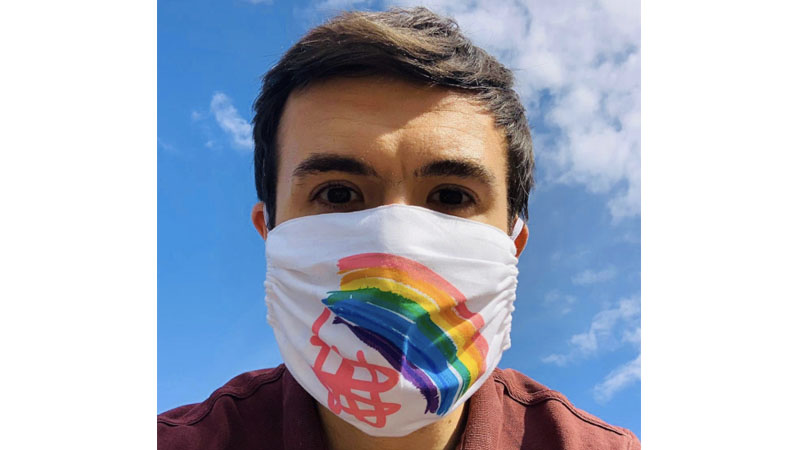 Will Bayley’s facemask initiative to raise money for Great Ormond Street Hospital (GOSH) is going from strength to strength, with thousands of sales and six celebrity designs now to choose from.

Towards the end of last week, almost 9,000 masks had been sold, with tens of thousands of pounds raised for the London children’s hospital.

Paralympic champion Will said: “One of my friends is a big West Ham fan and knew someone at the club so he asked if any of the players would like to get involved. It’s really nice of Jack to come forward. He’s got young children, so he understands and wants to support it.

“Claudia and Tess have always been big supporters of GOSH and I got on really well with them during Strictly, so they were two people I wanted to get involved. Sophie was someone that Vicky Gill, the seamstress from Strictly, knew and asked. She’s very creative and her masks have been really popular, they’ve flown out and sold 2,000.

“It’s great we’ve sold so many of them. Obviously, now everyone is wearing facemasks to go out and into shops, so we’re selling a lot more.”

Great Ormond Street is a cause close to Will’s heart as he was treated there for non-Hodgkin’s lymphoma at the age of seven and also had surgery there for arthrogryposis, a genetic condition which affects all four of his limbs.

The cotton-based, washable face coverings are not designed for use in medical settings but can be used by people to help protect themselves and others in public settings. They are being made and sold by dance equipment supplier DSI.

Will added: “At the start we thought we’d sell a few hundred so it’s gone much better than we ever could have imagined. We’ve had a lot of support from people buying them and sharing posts about them, including celebrities – I’m very grateful for that.

Yay! We’re going to need our masks for a while yet so folk might as well buy a snazzy one and support @GOSHCharity in the process 😊 very happy to be involved xx https://t.co/IME96pvUzG