Catch up on our Annual Conference

Catch up on the online Annual Conference, including the presentation of our annual Honours and presentations on Return to the Table, the Competition Review, our centenary and TT Fast Format. 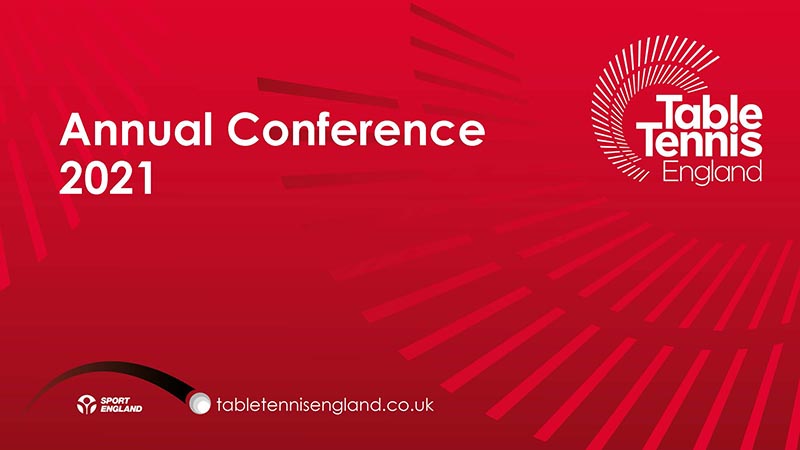 If you missed last night’s Table Tennis England Annual Conference, you can catch up on proceedings below.

The conference included a section on the Annual Review, as well as presentations about the Return to the Table campaign, the Competition Review, our centenary plans and TT Fast Format.

The accompanying slides to the presentations can be downloaded at the foot of this page.

Also at the meeting, those receiving honours were announced as follows:

The honours could not be presented due to the meeting being online. However, all will be presented with their Honours at an appropriate occasion after the current restrictions have been fully lifted. Due to the pandemic, the Leslie Forrest Memorial Trophy and the Johnny Leach MBE Most Improved England Player of the Year Award were not awarded this year.

This is the final time that Vice-Presidents will need to be re-elected, following a change to the Articles approved at last month’s AGM which means Vice-Presidents are effectively elected for life.