Can you help Jake in his cancer battle?

The table tennis community is being asked to rally behind five-year-old Jake Cohen as he battles a rare form of cancer. 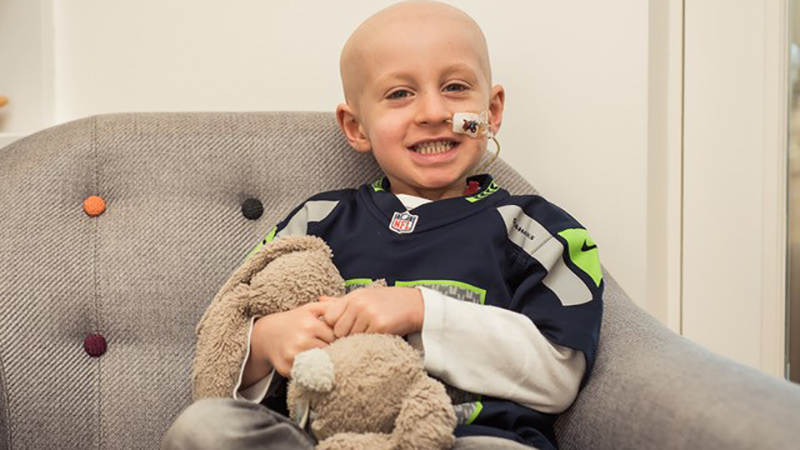 The table tennis community is being asked to rally behind five-year-old Jake Cohen as he battles a rare form of cancer.

He has been undergoing treatment for neuroblastoma at Great Ormond Street Hospital (GOSH) in London for around 18 months, but the family is now raising money to potentially continue treatment overseas.

They have launched a JustGiving campaign, with the support of the charity Solving Kids’ Cancer (SKC), and are asking for help from the table tennis family to both raise money and spread the word.

Neuroblastoma is a cancer which starts in a type of nerve cell called a neuroblast and mostly affects children under five. Around 100 children are diagnosed with the disease in the UK every year. The disease became more widely known through the family of Bradley Lowery, the Sunderland football fan, who died last year.

Phil Ashleigh, who is the National Councillor for Essex, Chairman at Mossford TTC and a Table Tennis England Coach Tutor Assessor, said Jake had responded well to his NHS treatment but there was a lot of uncertainty about what other therapies might be needed in future.

He said: “Jake in himself is well and significant progress has been made but simple statistics demonstrate only too dramatically what we are up against.

“Almost 50% of children diagnosed will relapse at some point, and when that happens, less than one in 10 survive – we are fighting to improve the odds.

“What we need to do now is access a much wider audience and it would be greatly appreciated if the table tennis family could help us to that.

“The money that we raise will initially be ring-fenced for Jake’s future treatment should it be needed. If it isn’t needed for Jake it will then be accessed by Solving Kids’ Cancer to benefit others facing similar circumstances.”

Jake’s mum Hannah is writing a monthly blog about his treatment and this month wrote about launching the fundraising campaign.

She said: “We are eternally thankful for the incredible work of the NHS, quite frankly without them Jake wouldn’t be here today.

“We are raising money with the hope of accessing maintenance therapies when Jake reaches remission which could reduce his chance of relapse. In particular we are looking at the Bivalent vaccine trial at Memorial Sloan Kettering hospital in New York.

“But we are acutely aware that plans can change, and it may be that the money could be needed for alternative options if he were to relapse before reaching the end of front line treatment with the NHS. For this reason, we are not putting a specific target on the campaign, as we cannot say for certain at this point what we will need to spend the money on, but we know that these options can run into six figures and beyond.”

Donations can be made directly to SKC or to the family’s JustGiving page, and anyone who wishes to organise their own event and link it to the JustGiving page can do so.

Hannah said the family, which also includes Jake’s dad Adam and younger sister Phoebe, were hugely grateful to SKC whose campaigning ensured that the immunotherapy that Jake is currently receiving was funded by the NHS. She added: “We have known since very early on in Jake’s treatment plan that this was something we would likely need to do at some point.

“Whilst it is true that we are in a very different headspace almost 18 months post diagnosis, it still feels pretty terrifying to open ourselves up like this and to take our story into a wider public domain.

“But as parents, we need to know that we have done everything possible for our child, and there is absolutely no way we could afford these treatment options without reaching out to the incredible communities which we are so fortunate to have around us.”

Table Tennis England has made a donation to the JustGiving campaign.