The Cadet and Junior National Championships head to Preston next weekend (November 23-24th) with England’s No. 1 junior boy Helshan Weerasinghe hoping to win his maiden title.

The 16-year-old had previously lost consecutive finals to current senior star Sam Walker in both 2011 and 2012 to deny him his first Junior Boys’ Singles crown. After a 3-0 defeat in 2012, the Cambridge-born player took a shock 2-0 lead last year but was blown away by Walker in the following three ends.

It will be a very different situation in the Junior Girls’ Singles where Tin-Tin Ho, who took a clean sweep of five titles from Hatfield in 2012, will simply be looking to extend her already impressive domestic record.

The 15-year-old is likely to find her toughest foe in long-time rival (and friend) Maria Tsaptsinos. It was actually the Berkshire girl who won the last major accolade at the Sainsbury’s School Games in September after Tin-Tin had fallen to South East team mate Yuki Wat in a shock 3-0 defeat. 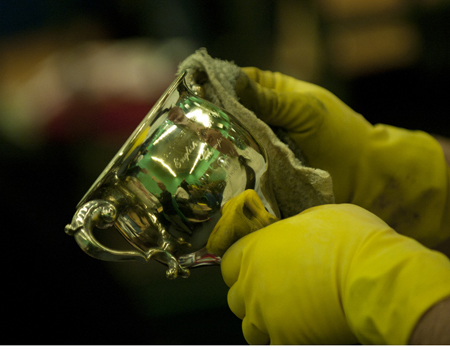 For the first time since the 2009/10 season neither Tin-Tin or Maria will be on hand to defend their Cadet Girls’ Singles title, which leaves the field open for a brand new champion.

Reigning Under-14 National Champion Denise Payet  will be the favourite as the top seed but surprises could come from any of the highly rated English cadets including Kate Nixon, Kate Cheer, Zahna Hall, Bhavika Mistry and Jane Li.

One of the keenest contested age groups may once again be the Cadet Boys’ Singles with last year’s runner-up Tom Jarvis hoping to make amends for his 3-1 defeat to Marcus Giles in 2012.

Jarvis, who has cemented his position in the no. 1 spot following excellent international results will lead a strong cadet boys field including Luke Savill (K), Hugo Pang (Do) and Omar Khassal (Mi) among several contenders for the title.

You can follow the action from the University of Central Lancashire’s Sir Tom Finney Sports Centre on the the ETTA’s twitter feed @ETTATableTennis, while the event may also be streamed live on the ETTA’s YouTube channel – details to be confirmed closer to the event.

To see the full draw click on the link below