Pam Butcher says she enjoyed “a lovely day” at Buckingham Palace, as she received her MBE from Prince Charles. 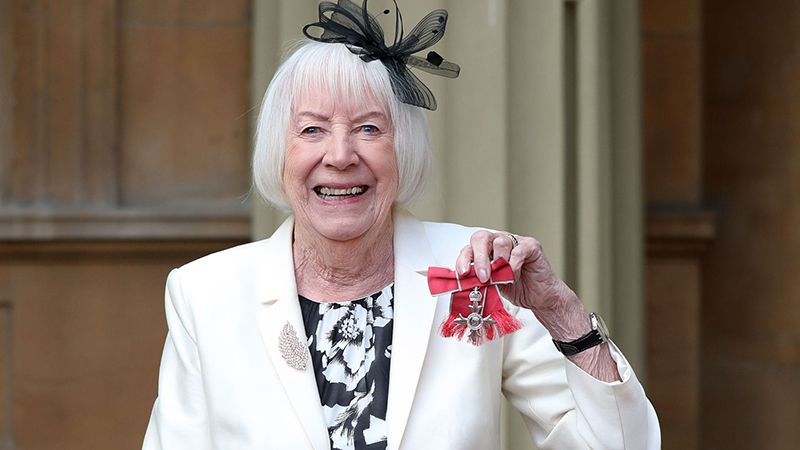 Pam Butcher says she enjoyed “a lovely day” at Buckingham Palace, as she received her MBE from Prince Charles.

The over-85 world champion was awarded the MBE in the Queen’s Birthday Honours last year, and was among a host of people to receive their honours during at investiture ceremony with the heir to the throne today.

Pam said she had shared a few words with Prince Charles and had been able to look around a small part of the Palace.

You don’t get much chance to chat, you only have a few seconds, but he said he wouldn’t take me on at table tennis!

The Palace is magnificent, not that we saw that much, but there were very long corridors with red carpets all the way along, beautiful pictures on the walls, lovely high ceilings and not a speck of dust anywhere.

Pam was accompanied by her daughter Janis, son-in-law Keith and son Gary, who travelled from his home in Cyprus for the ceremony.

They were very proud and I was pleased to be able to take them. I feel very proud and very lucky to have the MBE. Table tennis has been a great life for me because of all the places we’ve been to and the friends we have made. I try to promote the game to young and old, because it’s such a great game.