The International Table Tennis Federation (ITTF) and Table Tennis England (TTE) are excited to announce British Airways as the latest partner to come on board for the 2018 ITTF Team World Cup. 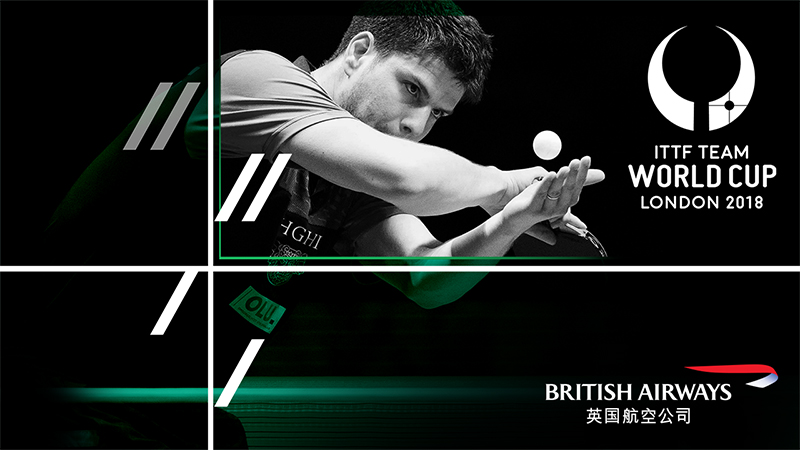 The International Table Tennis Federation (ITTF) and Table Tennis England (TTE) are excited to announce British Airways as the latest partner to come on board for the 2018 ITTF Team World Cup.

Following a six-figure deal, BA will be the Official Airline Partner of the prestigious event, to be held in London from 22-25 February.

The Team World Cup, which was last held in Dubai in 2015, comprises a total of 12 men’s and 12 women’s teams which are made up of a host team, continental champions and the other top finishers at the 2016 World Team Table Tennis Championships.

The prestigious and hotly anticipated table tennis event will witness top teams from across the globe compete for glory in the iconic Copper Box Arena, one of many Olympic and Paralympic venues for London 2012.

With a global TV viewing audience of over 355 million during the 2017 World Table Tennis Championships and some matches featuring in the top 10 watched sporting events in China for the whole of 2017, table tennis will provide an ideal platform for British Airways to promote its brand in key territories. Digital engagement through English and Chinese social and digital platforms will be a key feature of the partnership.

We are very excited to be working with a sport like table tennis which is incredibly popular around the world and of course in Asia. We have very specific targets for partnership activities and have been impressed by the approach and opportunity that ITTF and Table Tennis England colleagues provided. We wish all teams the best of luck, and look forward to a great event.

What another great addition to the Team World Cup. British Airways has to be one of the world’s most recognised brands, and we are looking forward to delivering a great event with British Airways as partners.