Just when it looked as if Black Notley F had made the decisive break in division three of the Braintree Table Tennis League, they have been pegged back again – by their clubmates. 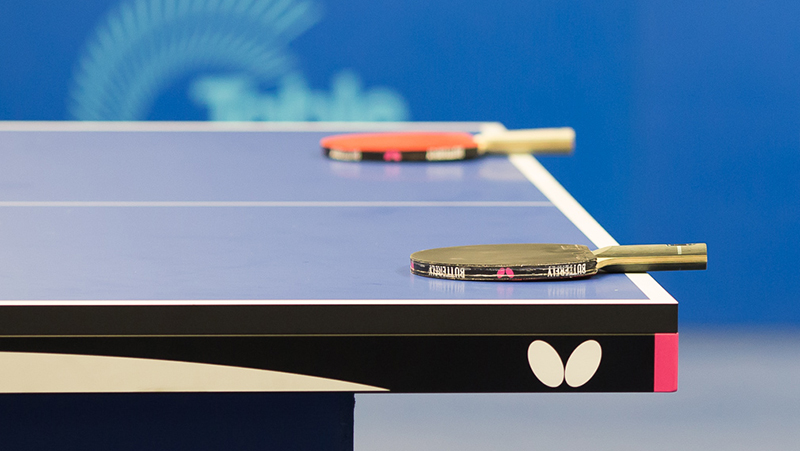 Just when it looked as if Black Notley F had made the decisive break in division three of the Braintree Table Tennis League, they have been pegged back again – by their clubmates.

After their dramatic 10-0 win over erstwhile league leaders Netts E the previous week, Notley F fell flat in their next match when they tumbled 8-2 to their own I team.

The vastly experienced Peter Pond has given the I team a strong base this season, but it has been the form of 14-year-old Elliot Game that has been most impressive.

Game remained unbeaten for the third match in a row, and against formidable opposition.  Mel Cooch and James Gronland had both won their three singles in the demolition of Netts E the previous week while Declan Baines, who did not play in that match, had won 15 of his previous 18 sets. But Game was not daunted and beat all three of them.

Pond also won his three sets and has now remained unbeaten since mid-November, while Peter Game completed the picture with a surprise win over Gronland.

Netts E capitalised by taking nine points from Rayne G, with the assistance of reserve Jack Cains, who turns 14 next week. He won his three singles while Tim Townsend pinched Rayne’s point with a win over Michael Goodchild.

Rayne F also maintained their challenge with a 7-3 win over Notley G. They were grateful to an unbeaten Peter Taylor and also to Tim Gowers who unusually outscored the normally reliable Brian How. Gowers won twice while How lost to both Jim Davy and Matt Brooks.

Peter Hardy made a rare appearance for Netts F and his three singles helped them to a 6-4 win over Notley H, while Dave Whiting made an even rarer appearance for Rayne I and also remained unbeaten in their 7-3 defeat by Rayne H.

In division one Victor Chan had an excellent win over Scott Dowsett in Notley A’s 8-2 defeat by Liberal A, a result put into perspective when Dowsett followed up by beating the redoubtable Steve Kerns. Kerns beat Simon Webber for Notley’s other point.

Second-placed Rayne A fell further back after being held to a draw by Netts B, a result that was almost exclusively the work of Paul Davison. He won his three singles and joined Graham Playle to win the doubles. Playle ensured a share of the points with a good win over Lee McHugh.

At the lower end, Notley B notched up their second win of the season which, like the first, came against Rayne C and lifts them four points ahead of their rivals in the scrap for ninth place.

Patrice Elonge followed up his excellent win over Simon Webber the previous week by taking his three singles.

Players are reminded that the closing date for this year’s individual championships is on March 31.