Following on from Netts A’s first ever 10-0 defeat comes another result in the Braintree Table Tennis League straight out of left field: a 10-0 defeat for the team at the top of division three. 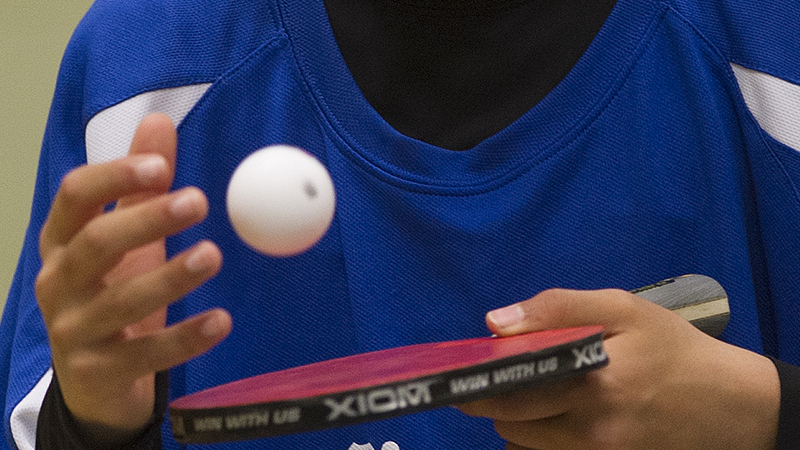 Following on from Netts A’s first ever 10-0 defeat comes another result in the Braintree Table Tennis League straight out of left field: a 10-0 defeat for the team at the top of division three.

Netts E and Black Notley F have been in the mix at the top of the division since the start of the season and have had tight battles in their two encounters so far, a draw first time round and a 6-4 Netts victory in the second fixture. This time Notley F got everything right.

There was only one change of personnel from the last match in the six players on duty, but it was a significant one, Warren Baines coming in to the Notley side in place of his father Steve.

James Gronland, who did not play in the first match but won his three singles in the second, repeated the dose this time, while Mel Cooch got his revenge on Tony Smith and Peter Lewis, who had beaten him last time.

It was Michael Goodchild who came closest to grabbing a point, when he stretched Cooch to 12-10 in the fifth game.

It was only Notley F’s third maximum win this season – the other two coming against bottom team Rayne I – and it enabled them to open up an eight-point lead at the top.

Notley’s I team are now just two points behind Netts E after their 6-4 win against Rayne H while Rayne F are still very much in the hunt following a 9-1 win over Rayne I.

Rayne I had failed to score a point in their previous two encounters with their F team and it was Alex Morgan who takes the plaudits for breaking their duck. His win over Dave Allinson indicates the improvement he has made as the season has progressed. The first time they met, in September, Allinson won 11-5, 11-3, 11-4. It was a bit closer (11-6, 11-5, 12-10) in November. This time he turned it round with a win at 11-8 in the fifth game.

Rayne G and Notley H have had contrasting fortunes in their previous meetings, 8-2 to Rayne in September and a win by the same score to Notley second time round. The third time, perhaps logically, it finished 5-5.

Division one also served up a surprise, a 6-4 defeat for second-placed Rayne A by Liberal B, a result that leaves Liberal B with the fewest defeats against their name apart from their A team.

Rayne had to call on a reserve, but it was essentially Andrew Huckson who was the difference between the sides. Wins over Lee McHugh and Steve Pennell do not come easily and they have taken Huckson up to 12th place in the individual averages.

Just one place behind is Nikki Davison, who won her three singles for the third match running in Netts C’s 6-4 win over their own B team.

Andy Holmes and Robert Wood were unbeaten in Netts A’s 7-3 win over Notley B while Steve Kerns led Notley A to a 7-3 win over Rayne B.

Liberal A meanwhile sail serenely on at the top after a 9-1 win over Rayne C, the only bit of choppy water being the doubles, where Scott Dowsett and Simon Webber failed to find a way past Dave Miller and Paul Wellington.