Emily Bolton’s women’s Champions League experience is over after her team Saint Quentinois lost in the semi-finals. 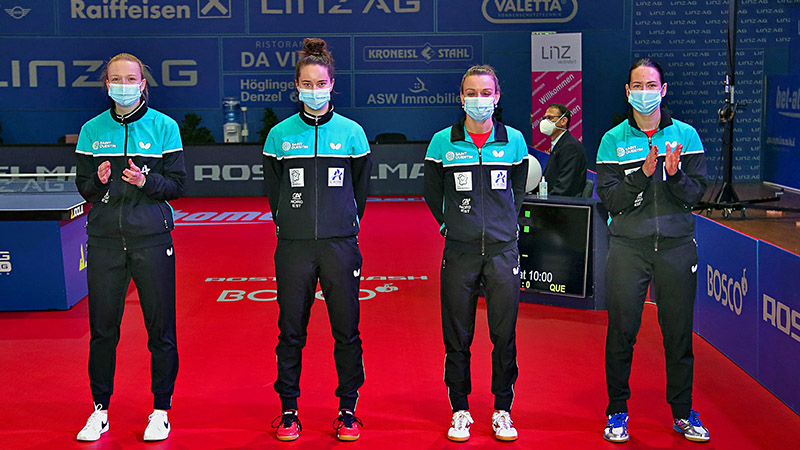 Emily Bolton’s women’s Champions League experience is over after her team Saint Quentinois lost in the semi-finals.

Bolton was on the bench as her team-mates went down fighting against a Linz side which was stronger on paper and duly booked a place in the final.

It was 3-2 in the end, with the French side twice levelling against their Austrian opponents, who are also hosting the competition, before finally going down.

Polina Mikhailova was the star for Saint Quentinois, winning both her matches, against Bernadette Szocs and Sofia Polcanova in matches two and four.

Polcanova’s 3-2 victory over Andreea Dragoman in match 1 put Linz in front, as she won a deciding-set shootout 6-4. Liu Jia beat Sarah De Nutte 3-1 in the third match to restore the Linz lead.

Bolton, who admitted she had not expected to be in the squad and was not called into action during the competition, said the first match had proved pivotal.

“We had a really good chance,” she said. “If we could have taken that first match then we would have won 3-1, it made such a big difference. Everybody played well and it was really unlucky.

“It almost feels like losing to an edge or a net, but it also feels so far away at the same time.

“I enjoyed the experience. It was really good to see so many top players. Hopefully in the future I will be selected for bigger tournaments and I can use this experience to help me.”

After the women’s competition, attention will turn to the men’s Champions League, which starts in Dusseldorf on Friday.

Both Liam Pitchford and Sam Walker will be competing, for UMMC and Hennebont respectively. Check out our website for a preview later in the week.