The ITTF Team World Cup and the PG Mutual National Championships will be shown live on the BBC website. 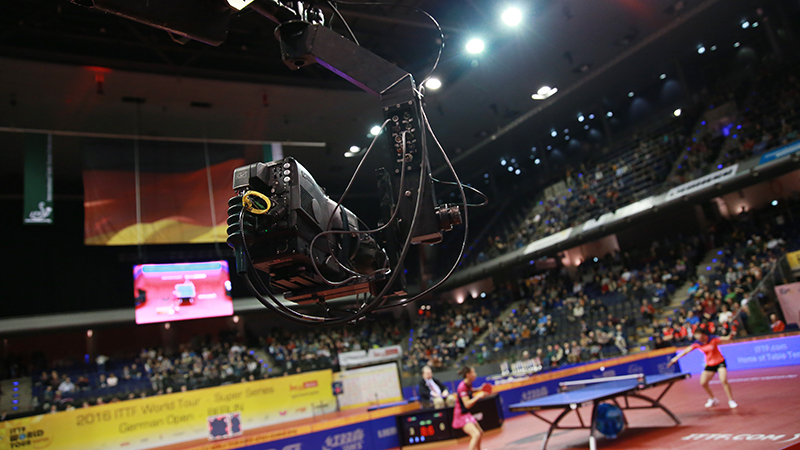 The ITTF Team World Cup and the PG Mutual National Championships will be shown live on the BBC website.

The Corporation will cover the duration of the Team World Cup, which starts at the Copper Box Arena in London next Thursday.

The weekend of the Nationals – March 3 and 4 – will also be shown on the BBC Sport website. Both events will also stream on the App and Connected TV platforms.

Table Tennis England Chief Executive Sara Sutcliffe said: “It is fantastic news that such a prestigious event as the ITTF Team World Cup will be covered live by a world-class broadcaster.

“It was of key importance to us and the ITTF that, as well as thousands of spectators watching the action at the Copper Box, countless more would be able to see live broadcast coverage. The nationwide reach of the BBC ensures that this will be possible.

“It will also provide a potentially massive showcase for our most important domestic competition, the PG Mutual National Championships.

“It shows that table tennis is recognised by broadcasters as an exciting, telegenic sport which they want to bring to a wider audience.”

The ITTF Team World Cup is being shown live in more than 100 countries around the world, including China and Japan.

The BBC Sport broadcast schedule for the Team World Cup is:

The televised match schedule for the PG Mutual Nationals will be revealed after the competition draw.