Charlotte Bardsley could follow in the footsteps of England team-mate Maria Tsaptsinos and win a TASS Stars Award. 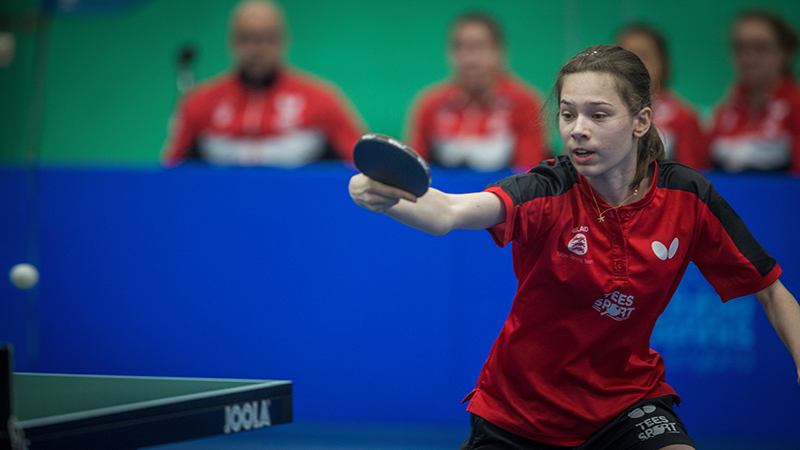 Charlotte Bardsley could follow in the footsteps of England team-mate Maria Tsaptsinos and win a TASS Stars Award.

TASS – the Talented Athlete Scholarship Scheme – is a Sport England funded initiative which helps athletes in education and aged 16-plus to get the very best from their sporting and academic careers without having to choose between the two.

Bardsley is one of 15 TASS-supported athletes from a range of sports to be shortlisted from scores of nominations in five categories.

The 17-year-old from Stourbridge is in the running for the Athlete of the Year category, awarded to a TASS athlete in recognition of their outstanding achievement this year in their sport and/or study.

Bardsley, who made a winning debut for England senior team against Greece in November, is up against two rising stars of netball on the shortlist of three – Amy Carter and Razia Quashie.

Tsaptsinos, who last year won the TASS Star of the Year award, is this year on the judging panel alongside the likes of triple jump world record holder, Jonathan Edwards and Olympic medallist in modern pentathon, Samantha Murray.

All 15 finalists are invited to join senior representatives from the TASS network to celebrate their achievements at the TASS 15th Anniversary Reception on Wednesday June 26, where the winners will be revealed and presented with a TASS Stars Awards prize.

TASS National Director, Guy Taylor said: “Since TASS was launched in 2004, we’ve supported hundreds of incredible athletes each year – and 2019 is no exception.

“Once more, the TASS Stars Awards aims to recognise athletes who are not only outstanding sportspeople, but have also accomplished something great in their pursuits alongside sport.

“In our milestone 15th year, we hope to highlight the achievements of those athletes who continue to prove that sport and study can be a winning combination.”