All to play for in Junior British League

There are sure to be some fierce battles for supremacy when the Junior British League builds to a climax this weekend. 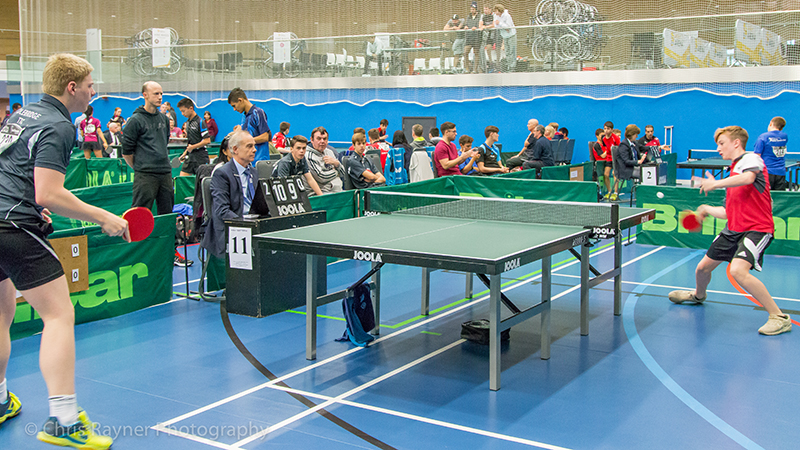 There are sure to be some fierce battles for supremacy when the Junior British League builds to a climax this weekend.

Some of the divisions are so close that several teams are still in contention for top honours, so there is plenty at stake on the 38 tables at Derby Arena.

The top boys’ division is a case in point, with only three points separating the top five in the eight-team division, which will split after two more fixtures.

E-BATT Colebridge lead the way with four wins and one defeat from the opening weekend, but second-placed Cliffedale Chandlers are level on points and unbeaten with three wins and two draws.

BATTS A are one point behind, with Fusion another point back. Fifth-placed XLNT Draycott still have designs on the top half and face E-BATT in the first round of fixtures on Saturday. Fusion versus Cliffedale in the seventh round of fixtures could also be pivotal.

The top four are already known in the Girls’ Premier Division, with a five-point buffer between Draycott in fourth and Fusion in fifth.

Again, two fixtures remain before the division splits, and there are some big clashes among them as the top four meet.

Leaders Burton Uxbridge, with a 100% five victories from Weekend 1, face third-placed London Academy – who are two points behind on 8pts – in Round 6 and then second-placed Ellenborough in Round 7. Ellenborough are also unbeaten, though a point behind Burton having drawn with Draycott on the opening weekend.

Draycott finish up against London Academy before the split, so there is plenty of scope for the positions to change.

There are some impressive individual records in the top flight too, with Burton pair Charlotte Bardsley and Mollie Patterson, and London Academy’s Patricia Ianau all with 10/10, and Ellenborough’s Kate Cheer with 9/10.

In the lower divisions, Dublin A won all five matches in Boys’ Division 1 last time and hold a two-point advantage over Halifax A.

Division 2A has Sycamore Rasen leading on 8pts, only one ahead of Kingfisher and Britannia Ipswich, while in Division 2B Cardiff City are on 9pts, with XLNT Draycott II on 8pts and Colebridge B another point back.

Bishop Auckland are top of Division 3A and unbeaten, though three draws on Weekend 1 sees them on 7pts. It is a close division, with Urban and Yorkshire Harrogate on 6pts, Bribar St Neots on five, Greenhouse Academy II on four and only TableTennisDaily adrift on 2pts.

Division 3B is more clear-cut as Formby had a perfect 10pts from Weekend 1 and lead by two points from Lillington.

Horsham Spinners and Ulster cannot be separated in Division 4A as both have 9pts – the draw coming against each other in the second round of fixtures. In 4B, there is another 100% record as Hunts Boys lead the field with a three-point advantage over Dublin B.

Swerve are in charge of Girls’ Division 1 with 9pts, a lead of two over both Ellenborough B and Joola Plymouth, and it is an identical picture in Division 2, with Ulster at the top and Fusion II and Ashford Brunswick chasing.

Division 3 is headed by XLNT Draycott III on 9pts, who lead Greenhouse Academy II by a point.