All to play for as JBL returns

There will be new champions in both boys’ and girls’ events in the Junior British League this year – and the battle for honours gets under way this weekend. 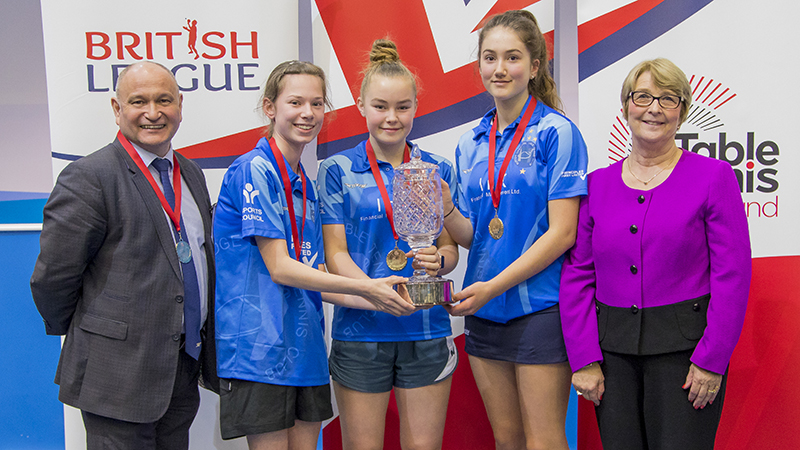 There will be new champions in both boys’ and girls’ events in the Junior British League this year – and the battle for honours gets under way this weekend.

Neither of last season’s champions – E-BATT Colebridge boys or Burton Uxbridge girls – will be returning, so it is all to play for in the Premier Divisions.

Click here to view the event programme, including all the team line-ups and schedule

Burton Uxbridge elected not to enter following rule changes, but their personnel have been ‘redeployed’, with Charlotte Bardsley and Katie Holt representing Wensum and Mollie Patterson leading the Grantham College line-up.

Both teams have strong supporting casts, and the fact that Wensum can call on Megan Gidney (No 6 in the ratings) and Mari Baldwin (#20) to join Bardsley (#2) and Holt (#13) make them live contenders.

Backing up No 4 Patterson in the Grantham squad are two other top-20 players in Danielle Kelly (#10) and Sophie Barlow (#15), with Raquel Sao Pedro and Lydia John giving them even more depth.

Kingfisher boast Darcie Proud, Ruby Chan and Anaya Patel, respectively rated at 5, 9 and 19, while Cardiff City will be looking to take the trophy out of England with a line-up of Anna Hursey (#7), Beth Richards (#12) and Grace Clement (#18).

The only returning boys’ champion is Dylan Curry – the rest of the E-BATT line-up are no longer Juniors – and he has joined XLNT Draycott. It is a strong-looking line-up, with Naphat Boonyaprapa (#7), Peter Smallcombe (#10) and Reece Chamdal (#13) also on duty, and could well be in the mix for top spot.

However, there are several other teams which have realistic claims, including Fusion, who boast the No 3 and No 4 players in the ratings, in the shape of Joseph Hee and James Smith, backed up by No 18 Ben Hee.

There is certain to be a lot of fierce competition in both boys’ and girls’ divisions, and picking out the likely leaders after weekend 1 is a tall order.

Derby Arena is once again the venue for the event, with the second weekend scheduled for February 2-3, 2019.