A qualified success for three in Poland

Tin-Tin Ho, Kelly Sibley and Maria Tsaptsinos have made it through to the knockout stages of the 2018 Polish Open. 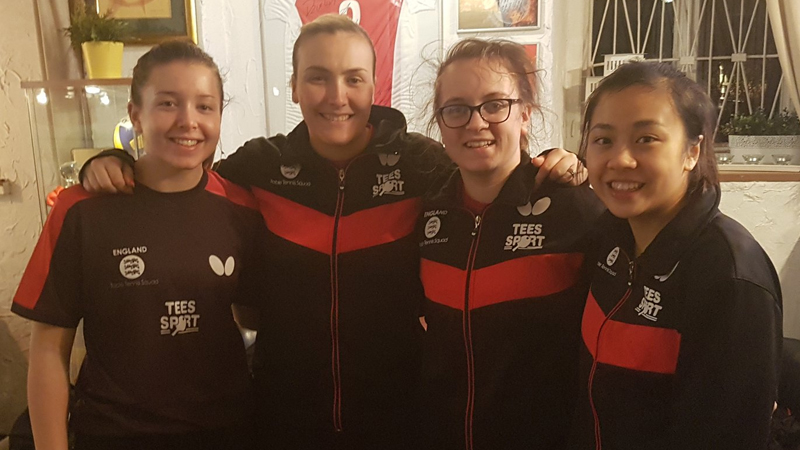 Three England players made it through the qualifying groups of the Polish Open.

Tin-Tin Ho, Kelly Sibley and Maria Tsaptsinos each won their groups in the women’s singles and have now reached the knockout stages of the competition.

Tsaptsinos (WR 350) secured her place in the main draw after coming back from 3-1 down to beat Chile’s Ortega Daniela (WR 138), ranked 212 places above her. She also beat Kristyna Mikulcova (CZE): 4-2.

Ho earned her place after beating both opponents – Rianne van Duin (NED) and Nataliya Sladkova (KAZ) 4-0, while Sibley secured her advancement after beating Zuzanna Blazejewicz (POL): 4-1. She was awarded a walkover against Margo Degraef (BEL).

Denise Payet was knocked out of the competition after being beaten by Valeria Shcherbatykh (RUS) 1-4.

Tsaptsinos also made it through the women’s under-21 qualifying groups and will join Ho in the main draw. Ho, ranked 24 in the under-21s women’s rankings, was seeded straight through to the knockout stages. Payet was eliminated in the under-21’s group stage.

The England team also took part in the doubles competition.

Sibley and Tsaptsinos then lost their second match to France’s Oceane Guisnel and Stephanie Loeuillette (1-3), while Ho and Payet lost 0-3 to Krisztina Ambrus and Sarah de Nutte (Hun-Lux).

Today (Thursday), Tsaptsinos will face France’s Oceane Guisnel (WR 225) again, but this time in the under-21 women’s singles, while Ho will take on Poland’s Julia Slazak.

Maria Tsaptsinos vs Rebekka Carlsen (NOR): 3-0